UNCG wins SoCon, gets NCAA berth after 69-61 win over Mercer 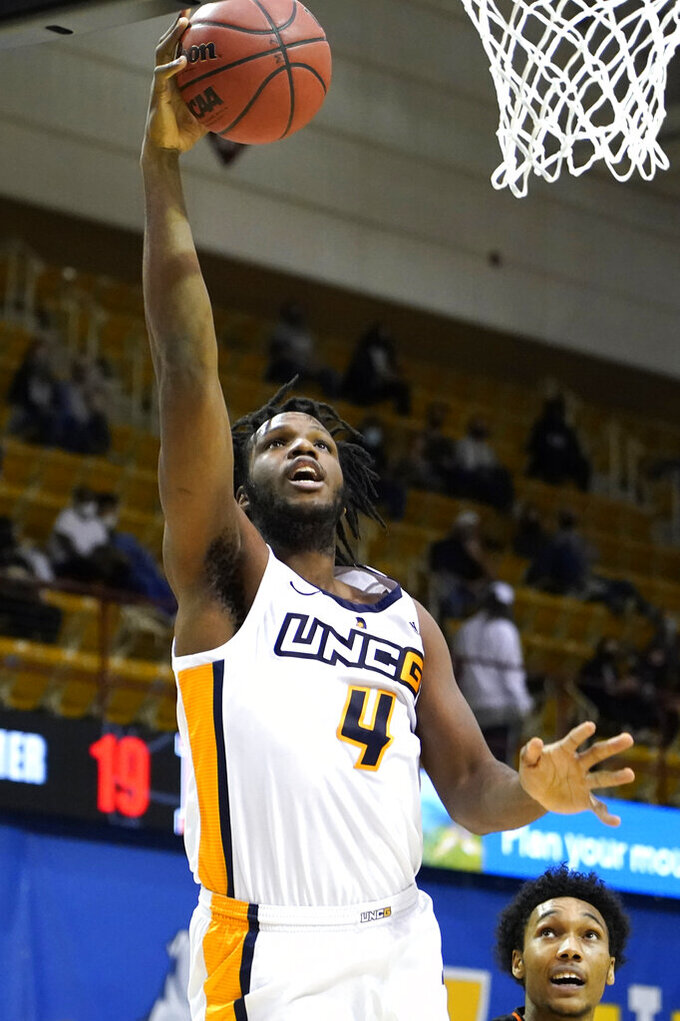 UNC-Greensboro forward Mohammed Abdulsalam (4) leaps to the basket against Mercer in the first half of an NCAA men's college basketball championship game for the Southern Conference tournament, Monday, March 8, 2021, in Asheville, N.C. (AP Photo/Kathy Kmonicek) 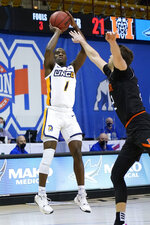 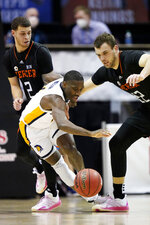 ASHEVILLE, N.C. (AP) — Isaiah Miller scored 25 points, grabbed 12 rebounds and had six assists as top-seeded UNC Greensboro earned a berth in the NCAA Tournament with a 69-61 win over seventh-seeded Mercer on Monday night in the Southern Conference championship.

Tied with less than four minutes to play, Miller scored six points in an 8-0 run for the game's largest lead at 66-58 with 1:15 to play. But the Spartans struggled from the foul line, which kept the Bears alive, especially after Leon Ayers III made three free throws with 1:08 remaining.

Miller made 5 of 13 free throws and UNCG was 13 of 26, including six misses in the last 1:15. However, the Bears missed their last seven shots from the field.

Keyshaun Langley added 15 points for UNCG (21-8), which was in its sixth championship game and the fourth in five years. The Spartans will got to their fourth NCAA Tournament.

Ayers and James Glisson III each scored 16 points for Mercer (18-11), which was bidding to become the first SoCon team to win four games in four days since the 1939 tourney. Felipe Haase added 13 points and grabbed 10 rebounds.

The Bears were in the title game for the first time since joining in 2015. They won the Atlantic Sun Conference championship in 2014 and went on to upset Duke as a 14-seed in the NCAAs.

Miller, the two-time SoCon player of the year and the first in history to also be the defensive POY both seasons, scored 16 points in the second half.

Neither team led by more than three points in the first half, which ended with Greensboro on top 37-36 after nine ties and eight lead changes.