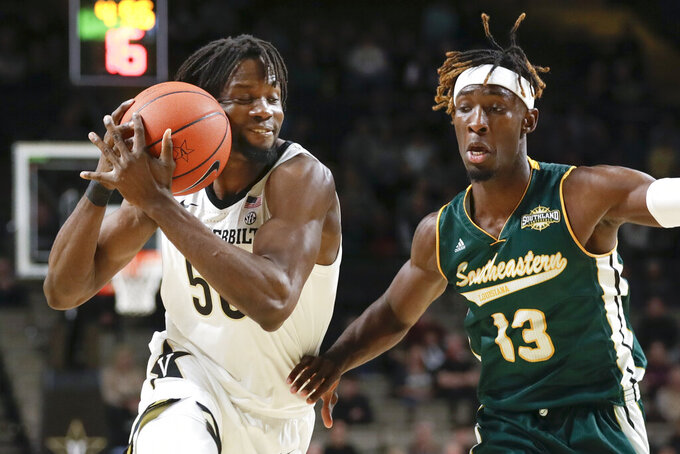 Evans enjoyed the best back-to-back scoring games of his career after scoring 15 in Friday’s rout of South Carolina State.

Freshman Dylan Disu scored 11 points and Saben Lee had 12 and seven assists for the Commodores (5-1).

Disu and Nesmith made consecutive 3-pointers to give the Commodores a 48-42 lead early in the second half.

The Commodores, playing their third game in six days, trailed most of the first half, before rallying for a 33-31 halftime lead.

Southeastern Louisiana: The Lions struggled from beyond the arc and faded in the second half.

Vanderbilt: The Commodores won for the fifth time in six games under first-year coach Jerry Stackhouse, who played in the NBA for 18 seasons.

Southeastern Louisiana visits Louisiana (4-2) on Dec. 3 after an eight-day Thanksgiving break between games.