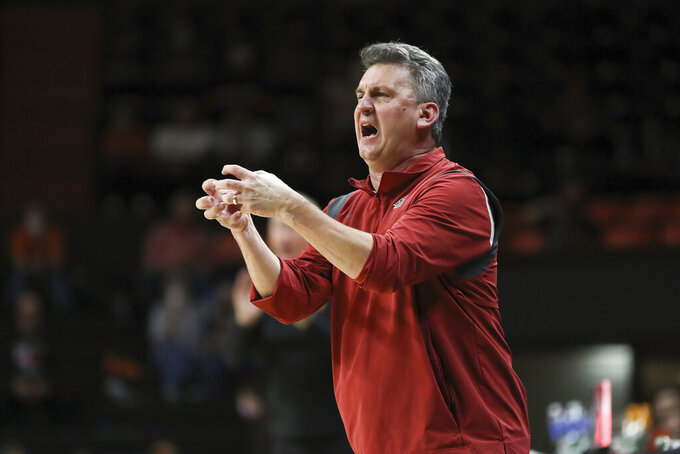 Washington State grabbed its first lead since midway through the first half, 72-71, on a Flowers 3-pointer with 6:30 remaining. Dashawn Davis and Dexter Akanno sank 3s on Oregon State's next two possessions and the Beavers (3-25, 1-17) stayed in front until Tyrell Roberts hit the first of two free throws for WSU with 15 seconds left to send the game to OT tied at 84.

Gueye scored on a layup off the OT tip, then hit two free throws following an Oregon State turnover to put the Cougars up 88-84 just 45 seconds in. The Beavers pulled within 91-90 with 2:22 to go on a bucket by Davis. TJ Bamba scored with 1:56 left coming out of a WSU timeout, Flowers buried a 3-pointer after another Beavers turnover and the Cougars maintained a two-possession lead from there.

Roberts finished with 12 points for the Cougars, who beat the Beavers in Corvallis for the first time since 2013. Bamba and Noah Willaims added 11 points apiece and Dishon Jackson had 10 points and six rebounds off the bench.