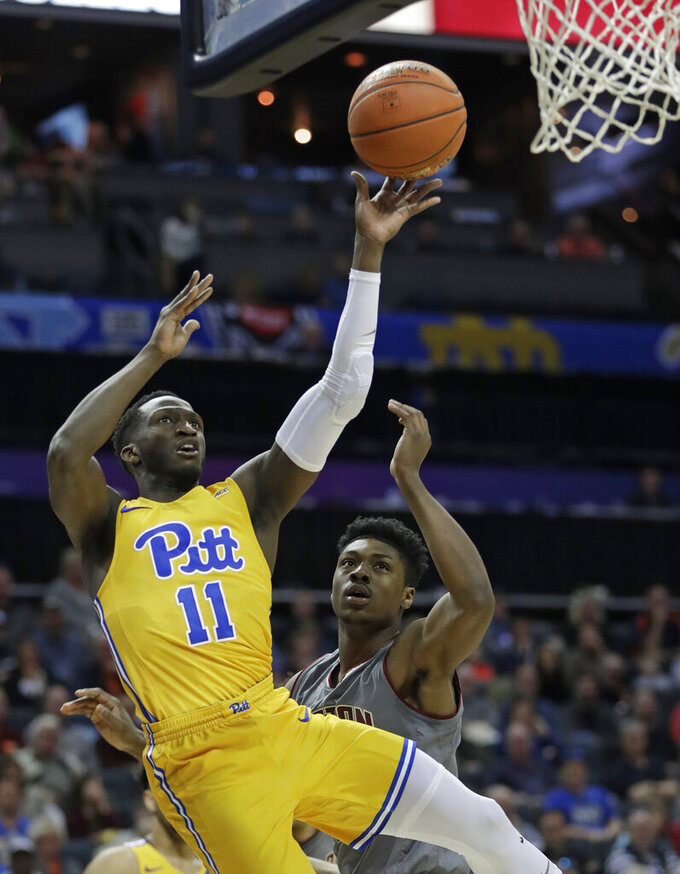 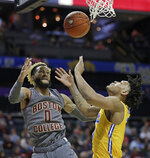 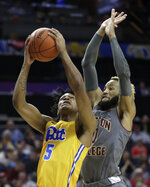 The strategy worked as Trey McGowens scored 26 points, Xavier Johnson added 23 and Pittsburgh defeated Boston College 80-70 in the first round of the ACC Tournament.

The explosive freshmen combined to shoot 14 of 28 from the field and make 19 of 26 free throws as the 14th-seeded Panthers won their second straight game since snapping a 13-game losing streak.

"We've been at our best when we've been able to get downhill and attack," Capel said. "... I thought they were terrific. They dictated the pace, the tempo. They gave us confidence, and I thought that led to other guys stepping up and making big plays."

Jared Wilson-Frame chipped in with 16 points and nine rebounds for Pittsburgh (14-18).

With the freshman getting to the basket, Pittsburgh was able to score on layups and outscore Boston College 48-16 in the paint.

"They took over the game, just by attacking the rim," Boston College coach Jim Christian said. "The first time we played them we did a great job of keeping them in front and them protecting the basket with our secondary defender. Today we did an awful job of both."

Nik Popovic had 21 points and nine rebounds to lead Boston College (14-17), which shot 35.6 percent from the field and trailed by as many as 27 in the second half before cutting it to nine with 58 seconds left.

The Panthers closed the first half on a 23-5 run to take a commanding 36-21 lead at the break. Boston College failed to make a field goal in the final 9:17 before intermission and shot 25 percent.

Johnson provided the boost with huge plays on both ends of the court for Pitt.

He repeatedly got to the hole scoring 14 points, and had two steals that led to two layups. The Panthers picked up where they left off in the second half as McGowens scored nine of the team's first 17 points.

"That's the key every game is attack," Johnson said. "The last time we played them, they littered the paint, and I shot 3 for 19 from the field. Today I shot 7 for 14, and that was the difference."

Pitt likely won't be able to get to the hole as much against Syracuse's 2-3 zone, but McGowens said attacking is still important. "We have to attack them and make them close the gaps and get some kick-outs."

Pittsburgh: The Panthers have taken their lumps this year winning only three regular season ACC games, but Johnson and McGowens are going to be trouble for the next couple of seasons. Both have NBA potential. "They are only going to get better," Christian said.

Boston College: The Eagles have to find something on offense, where they looked out of sync for most of the game. They were just 6 of 25 from beyond the 3-point arc and could really use a knockdown shooter.

Pittsburgh: The Panthers face Syracuse, who they lost to by nine points in both previous matchups this season.