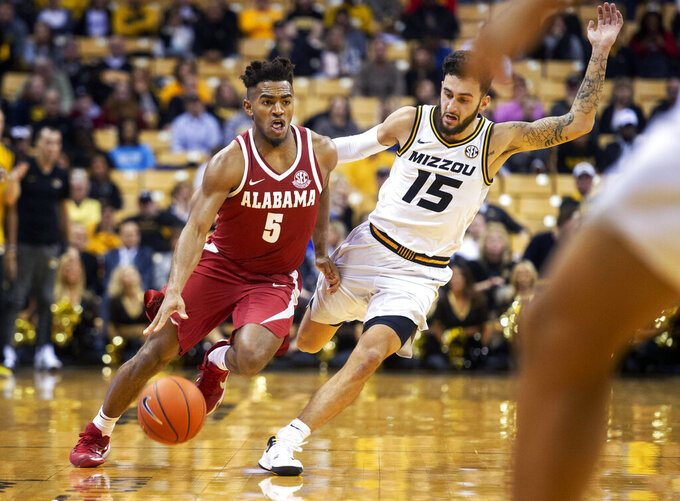 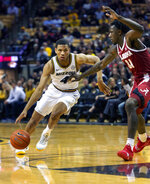 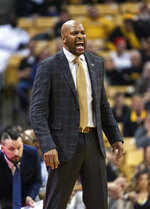 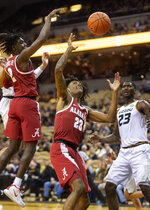 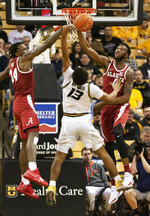 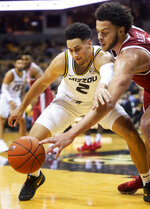 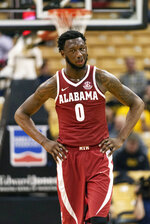 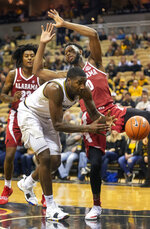 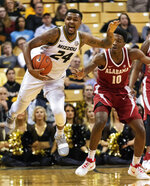 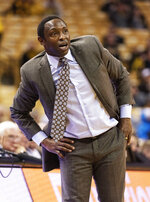 COLUMBIA, Mo. (AP) — After losing on a buzzer-beating 3-pointer in its second consecutive defeat on Saturday, Alabama needed a pick-me-up performance against Missouri.

Who better to turn morale around than the coach's son?

Avery Johnson Jr. scored 14 points to lead Alabama to a 70-60 road victory over Missouri on Wednesday.

Johnson — the son of Crimson Tide head coach Avery Johnson — shattered his season high of four points. Johnson shot 5-for-10 from the field and compiled his highest points total since his career-high 23-point performance against South Carolina in February of 2017.

Alabama (11-5, 2-2 Southeastern Conference) took early control of the rebounding battle, and outrebounded the Tigers 37-29. The Crimson Tide has now outrebounded opponents in 15 of its 16 games this season.

Donta Hall scored 12 points and hauled in 11 boards, good for the senior forward's fifth double-double performance in his past six games. Hall leads SEC players with eight double-doubles this season.

Mark Smith and Javon Pickett each added 13 points to lead Missouri (9-6, 0-3) in scoring. Smith — who entered the game shooting an SEC-leading 47.3 percent from 3 — drilled four of nine 3-point attempts. The Tigers also came into the contest leading the SEC shooting 39.4 percent from beyond the arc. They converted seven of 20 3-point tries.

Missouri's reliable weapon Jordan Geist scored just nine points on 4-for-11 shooting, including 0-for-5 from 3.

Alabama: After a second-half collapse against Texas A&M, the Crimson Tide picked up a much-needed road victory ahead of a difficult stretch in its schedule. Alabama needed a pick-me-up before its next two matchups, which come against No. 3 Tennessee and No. 18 Mississippi.

Missouri: The Tigers have now lost three in a row following a promising six-game winning streak. This was a game Missouri really needed, as it now hits the road in conference play.

"Like I told our guys before we even got to this point, our margin of error is so slim," Missouri coach Cuonzo Martin said. "You have to fight one game at a time."

Johnson Jr. struggled in the nonconference slate of games, averaging just 1.4 points per game this season before Wednesday. His father was delighted to see a breakout performance, and hopes it's a sign of things to come.

"Obviously, he's under the microscope because he's the coach's son," Johnson Sr. said. "He gave us some life. Just his spirit, he's a fifth-year guy. Tonight, we needed all 14 of those points."

Missouri sophomore forward Jeremiah Tilmon is going through the toughest stretch of his season right now. Tilmon fouled out in his previous three games and scored a combined 11 points in those contests. He started out slowly against Alabama, but improved in the second half, battling in the post for eight points and seven rebounds and committing just two fouls.

Alabama stays on the road to play No. 3 Tennessee on Saturday.

Missouri kicks off a two-game road trip Saturday against No. 18 Mississippi.