Miami advances past Pitt to face Clemson in ACC tournament 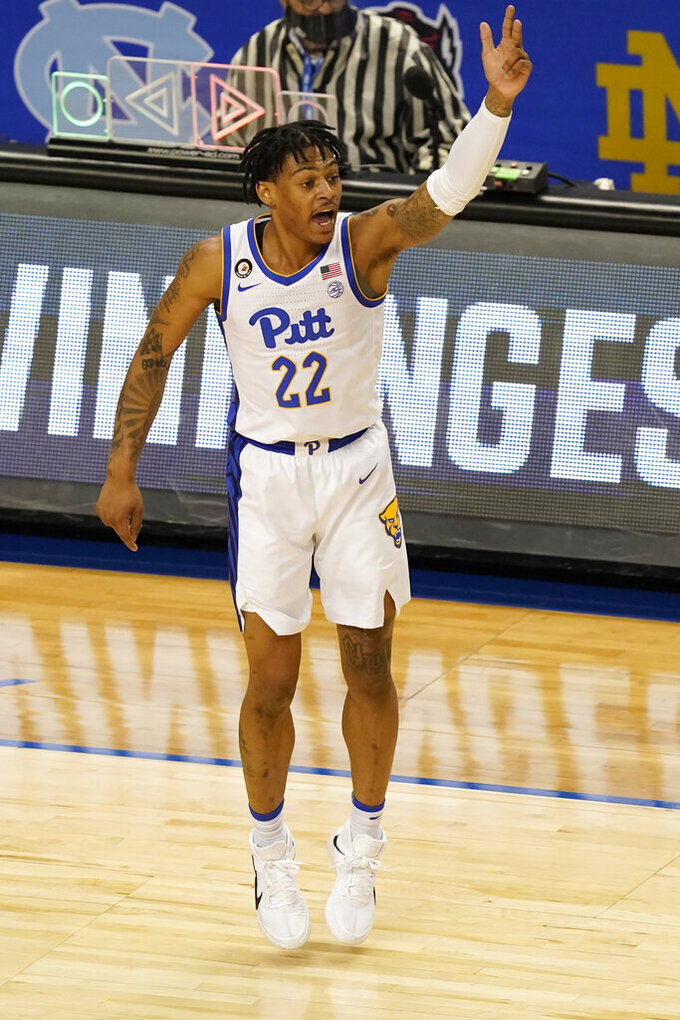 Pittsburgh guard Nike Sibande (22) reacts after a basket during the second half an NCAA college basketball game against Miami in the first round of the Atlantic Coast Conference tournament in Greensboro, N.C., Tuesday, March 9, 2021. (AP Photo/Gerry Broome) 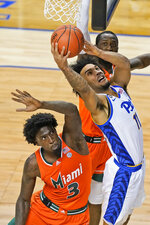 Nysier Brooks converted a three-point play with 53.8 seconds left — his only points of the half — to cap a 9-0 run for a three-possession lead at 73-66. Wong added four free throws in the final 29 seconds to seal it as Miami made 22 of 28 at the stripe compared to 5-of-14 shooting for Pitt.

Pitt also turned it over 14 times, leading to 22 Miami points.

Anthony Walker had 14 points and nine rebounds, and Elijah Olaniyi and Kameron McGusty each added 14 points for Miami (9-16). Brooks finished with 12 points and Wong reached 20-plus for an ACC-leading 10th time this season.

No. 13 seed Miami, which played a league-high 19 games of a 20-game conference slate, advances to face No. 5 seed Clemson on Wednesday. The Hurricanes are winless in two meetings with the Tigers this season, dropping a 66-65 contest on Jan. 2 and 66-58 on Feb. 27. Clemson's leading scorer Aamir Simms had 25 and 19 points in those two games.

Freshman Femi Odukale scored a career-high 28 points on 11-of-16 shooting for Pittsburgh (10-12). Nike Sibande added 24 points and Justin Champagnie had 11 points and 10 rebounds.

Champagnie, who received two votes for ACC player of the year behind Georgia Tech senior Moses Wright's 10, struggled from the field making just 5 of 20 shots.

Champagnie grabbed his own miss and put it in for a four-point Pitt possession and a two-point lead (66-64) with 3:36 left. It was his first basket since 8:36 left in the first half. The Panthers didn't score again until Champagnie's dunk with 44 seconds left.