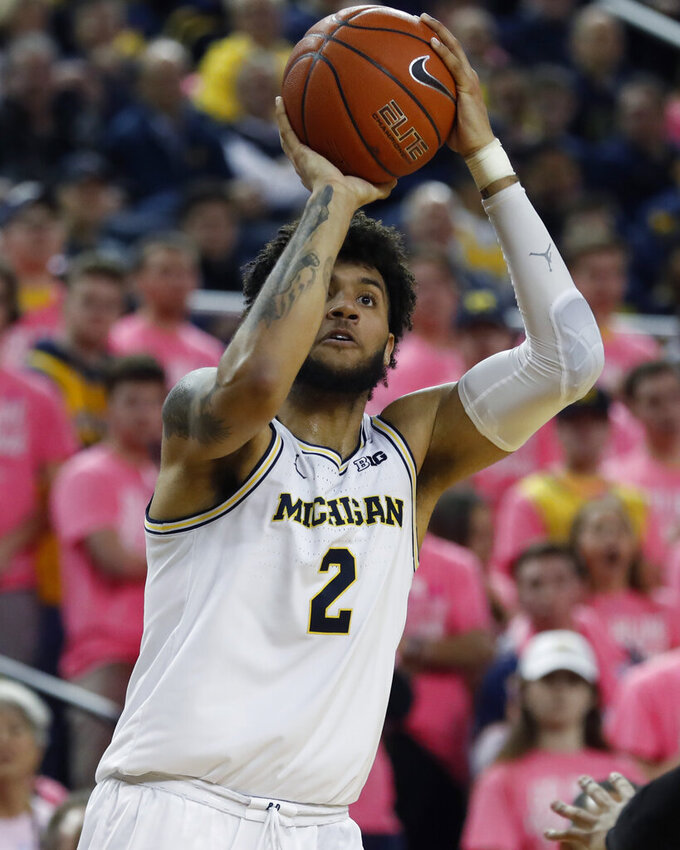 Livers said he'd be fine coming back to Michigan, but he figured all along he'd test the waters after this season.

“If they like what they see and teams are literally saying that they're going to draft me, then I'm pretty sure that I'm going to stay in the draft,” Livers said on a conference call. “It's basically whatever the evaluation and feedback — however that comes — is basically how I'll make my decision.”

Livers has started 46 games in three seasons at Michigan. He led the Wolverines in scoring this season at 12.9 points per game, although he was limited to 21 games because of injury problems.

"We know Isaiah has had the desire to reach the next level of playing professional basketball, and going through the NBA draft process will give him the information he is looking for to make the proper decision," coach Juwan Howard said in a statement. “Even with everything going on with COVID-19, myself and our staff will continue to work closely with Isaiah and his family to gain as much information as possible in the weeks ahead before he reaches his final decision.”