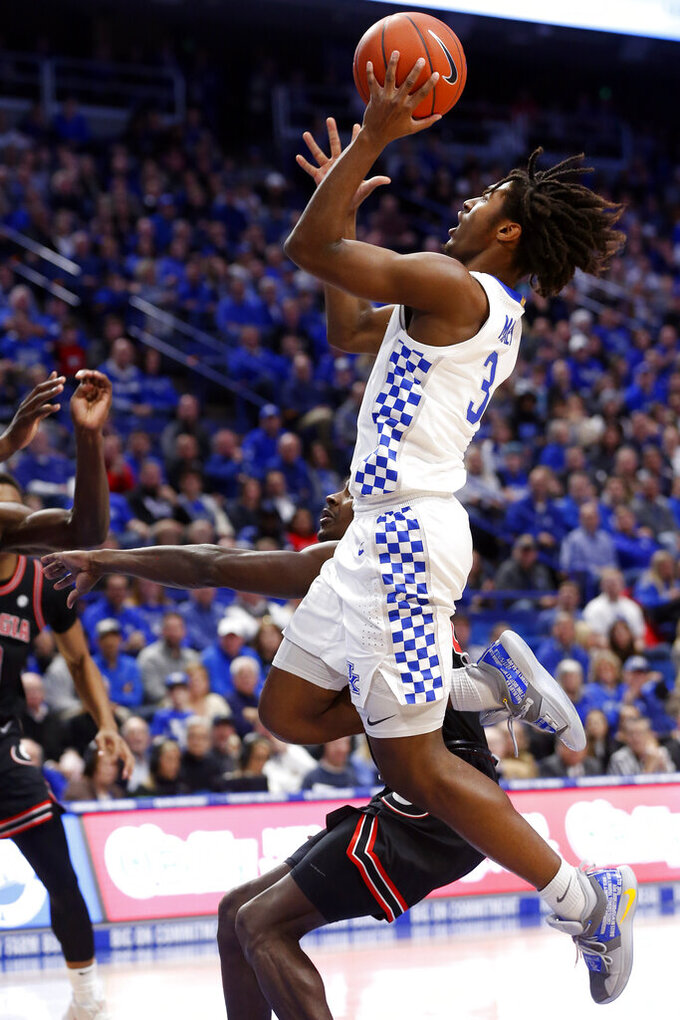 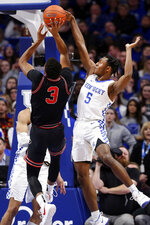 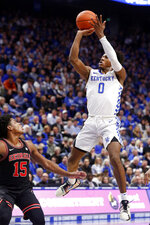 The Wildcats (14-4, 5-1 Southeastern Conference) had to work to put away the stubborn Bulldogs, who overcame missing 11 consecutive first-half shots and trailed 41-35 at halftime.

The Bulldogs closed within 41-39 and then struggled to score two baskets. Kentucky came out of a timeout and responded with baskets by Hagans and Nick Richards (20 points, eight rebounds) before Hagans made consecutive jumpers to build the lead to eight points.

Georgia didn’t fade and trailed 55-52 when Kentucky answered with the pivotal run featuring six points from Keion Brooks Jr., pushing the lead to 69-56. Hagans closed the game with four free throws as the Wildcats earned their 14th consecutive series win.

Hagans, a Cartersville, Georgia, native, finished 8 of 17 from the field after making just 14 of 43 the previous four games. He also had nine assists, five rebounds and four steals in 35 minutes. Richards was 7 of 12 for his second-highest output, Immanuel Quickley had 12 points and EJ Montgomery 10 for the Wildcats, who shot 54% in the second half and 53% overall.

Rayshaun Hammonds and Anthony Edwards each scored 16 points, while Tye Fagan added 14 and Toumani Camara 10 for Georgia, (11-7, 1-4) which lost for the fourth time in five games. The Bulldogs shot 56% in the second half, but finished 44% from the field.

Georgia: Edwards, the Bulldogs' top scorer, scored all his points after halftime. The Bulldogs ably filled the offensive void in the interim, but in a game of runs, they couldn't slow Kentucky from mounting the key spurt that earned the victory.

Kentucky: Hagans did other things well to offset his recent shooting slump, which he ended with aggressive moves to the basket. The sophomore guard also played with more control, committing just three turnovers. Outrebounded 19-17 at halftime, the Wildcats clamped down to finish with a 38-31 edge, including several offensive grabs ending with a Montgomery basket during the run.

Georgia hosts Mississippi on Saturday in their only regular-season meeting. The Bulldogs also aim to end a two-game slide against the Rebels.

Kentucky visits No. 18 Texas Tech on Saturday in the Big 12/SEC Challenge.