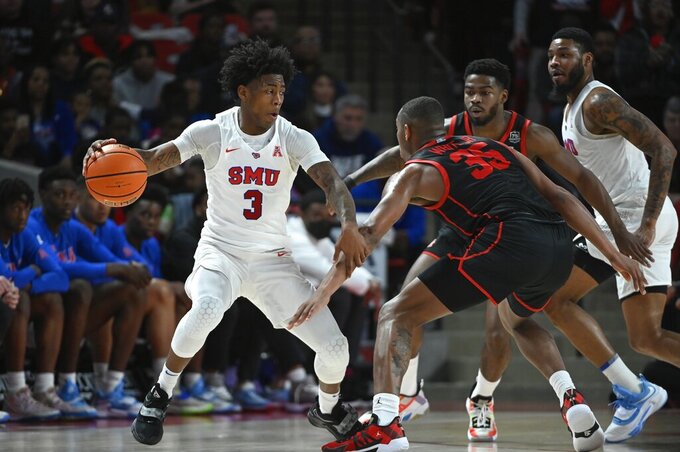 Davis, who leads the conference with 19.5 points a game and is third with 4.6 assists, was the only unanimous pick on the All-AAC first team released Wednesday. He also was the league's top scorer last season.

Duren is the league's top rebounder at 7.5 per game and was the unanimous pick for freshman of the year. Cook is the second-leading scorer at 17.9 points per game.