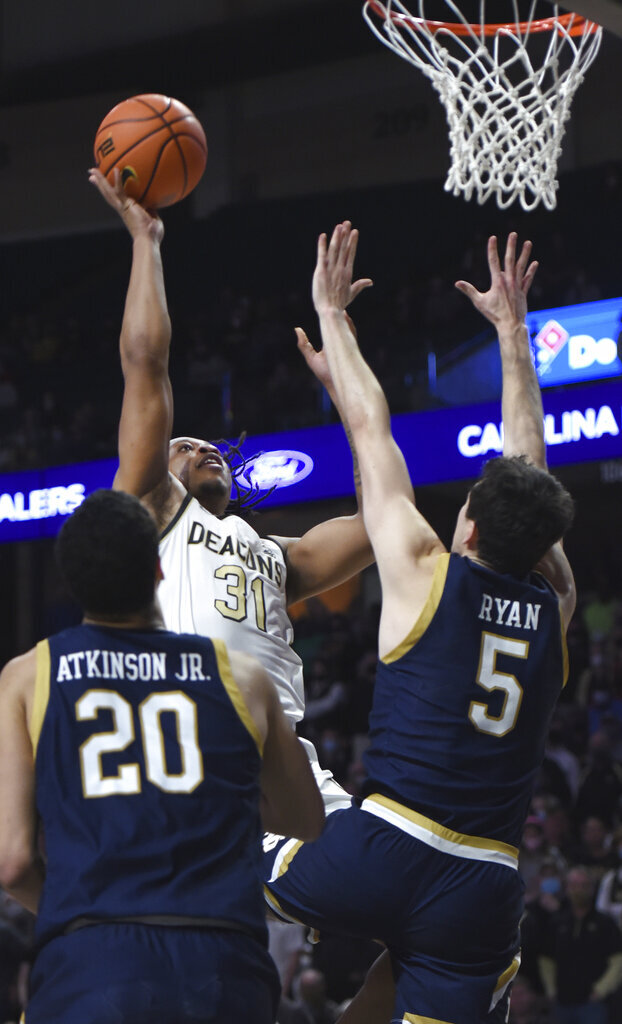 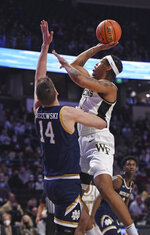 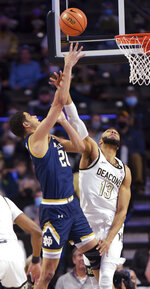 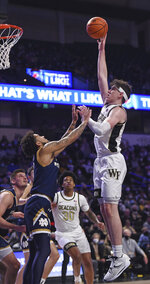 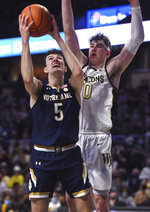 Williams had 13 points in the last 10 minutes, including a layup at the 4:20 mark that put the Demon Deacons up for good 67-66. Khadim Sy then blocked an Irish shot and scored on a jump hook on the other end.

Isaiah Macius hit a 3-pointer to push the Wake Forest lead to 75-70 at the 1:20 mark but the Irish quickly answered with a 3 from the left corner by Cormac Ryan. Williams restored the two-possession lead with another inside basket.

Blake Wesley made 1 of 2 free throws at 44.3 seconds and the teams traded misses before LaRavia iced it with a pair of free throws with 3.5 seconds left.

Sy had 15 points and 10 rebounds for Wake Forest (21-7, 11-6 Atlantic Coast Conference). Williams also had 10 rebounds and LaRavia nine as the Demon Deacons had a 43-27 advantage on the boards, including a 16-2 difference on the offensive end. Wake Forest had 16 second-chance points to four for the Fighting Irish.

Wesley had six 3-pointers and 24 points for Notre Dame (19-8, 12-4). Ryan had 12 points and three others reached double figures. The Fighting Irish were 14 of 31 from 3-point range, reaching double figures for the 12th time but losing for the first time when hitting at least 10 3s.

The biggest lead for Wake Forest was 12-6 when Mucius made a 3-pointer 6 1/2 minutes into the game. Notre Dame's next six baskets were 3-pointers with Nate Laszewski starting and ending a 12-0 run for a 24-16 lead. The Irish got the lead to 12 on a Wesley 3-pointer and Ryan layup at the 3:18 mark but the Demon Deacons scored the last six points to close within 41-35.

The teams combined to make 27 of 30 free throws.

Notre Dame shot better from the field but with the rebounding difference and the Irish having four more turnovers, Wake Forest put up 19 more shots and made five more field goals.

The Fighting Irish are home against Syracuse on Wednesday when Wake Forest goes to Clemson.