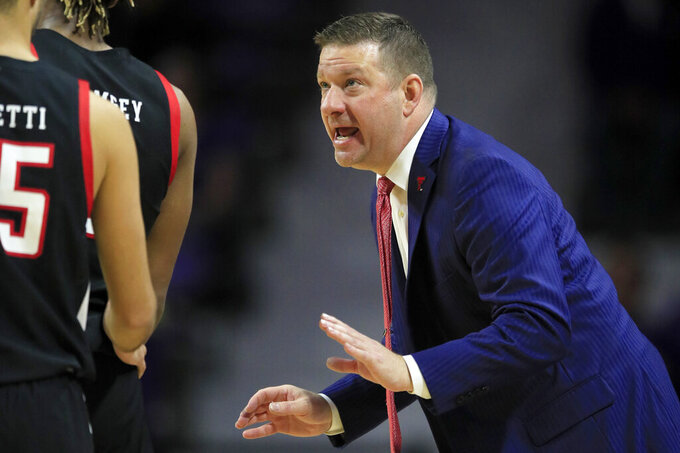 This is only the second time Texas Tech has won at Kansas State since 2007.

The Red Raiders scored 30 points off those turnovers and made seven 3-pointers.

Kansas State shot almost as many free throws as field goals, making 25 of 34 attempts from the line.

Texas Tech outrebounded Kansas State 31-23 as the Wildcats posted their lowest number of rebounds in a game this season.

Kansas State guard Mike McGuirl did not play due to a concussion and Texas Tech guard Terrance Shannon Jr. missed the game due to a back injury.

Kansas State: The Wildcats got down early but fought back in the second half. The big hole proved costly.

Texas Tech: Despite having 16 turnovers and battling foul trouble, the Red Raiders were able to hold off a pesky Wildcat team.