Edwards scores 25 to power Houston past UAB in NCAA opener 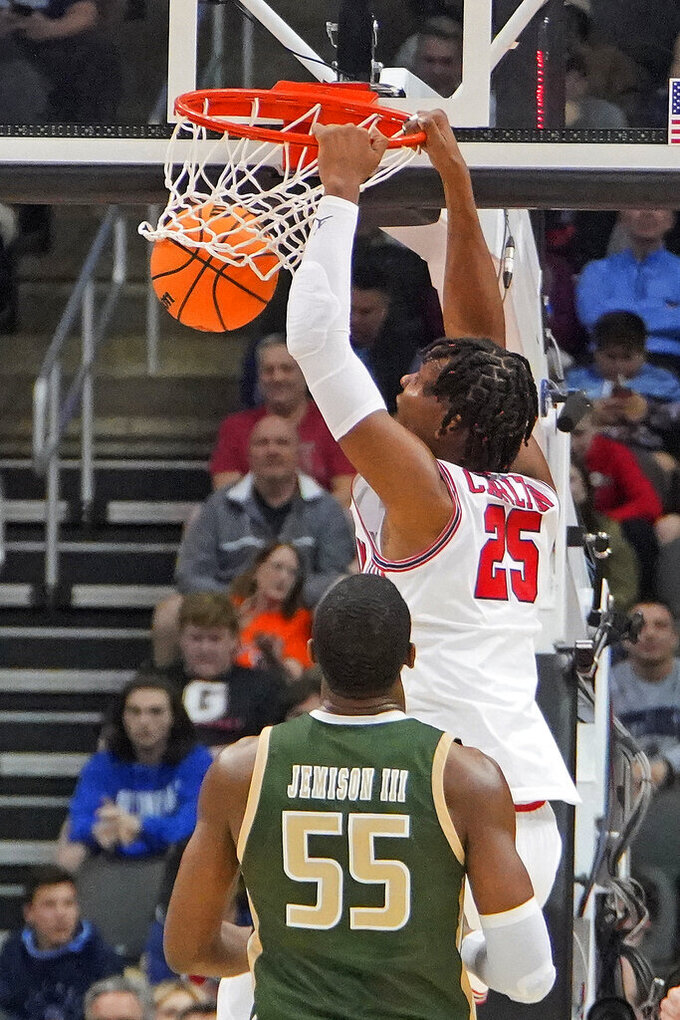 Houston 's Josh Carlton (25) dunks behind UAB 's Trey Jemison (55) during the first half of a college basketball game in the first round of the NCAA tournament in Pittsburgh, Friday, March 18, 2022. (AP Photo/Gene J. Puskar) 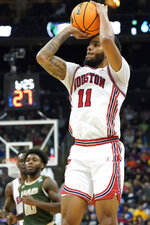 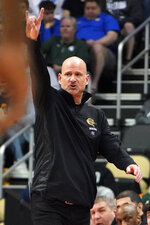 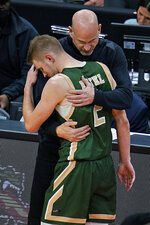 A Final Four team a year ago, the Cougars played like a group capable of making another deep run this March as they opened the NCAA Tournament with an 82-68 win over UAB on Friday night.

Offensively, Houston can light up the scoreboard with highlight-reel plays. Defensively, these Cougars are pretty ferocious cats.

“Their reputation precedes them,” UAB coach Andy Kennedy said. “They give you nothing easy. They’re tenacious off the glass. They’re disruptive.”

Kyler Edwards scored 25 points, Fabian White Jr. added 14 and Houston's defense clamped down in the second half to make things even tougher on UAB's leading scorer, Jordan “Jelly” Walker, who made 1 of 10 3-pointers.

Edwards, who played three years at Texas Tech before transferring to Houston this season, made six 3-pointers — the last an exclamation point in the final minute — and controlled the fast tempo along with Jamal Shead, who had seven assists.

The Cougars (30-5) advanced in the South Region and will play fourth-seeded Illinois on Sunday for a spot in the Sweet 16. The Fighting Illini rallied to beat Chattanooga 54-53 and avoid a second straight early-round exit.

Houston doesn't have a single starter left from last year's team, which lost to eventual champion Baylor. But that's hardly declawed the Cougars, who have won 10 of 11 — nine by double digits.

Coach Kelvin Sampson brought in Edwards and has two other transfer starters — Taze Moore (Cal State-Bakersfield) and Josh Carlton (UConn). The Cougars are experienced and tournament-tested, even if some of them got it at other schools.

“We got a lot of veteran people, veteran guys in this group,” Edwards said. “When we get tired, it’s not like we just give up and lay down. I think we can push through that and push through adversity.”

The Blazers (27-8) did all they could to stay close, but any time UAB threatened, the Cougars answered with a layup, dunk or 3-pointer. UAB hung around and was within 10 points midway through the second half when Houston used a 14-5 spurt to put it away.

Displeased with his team's defensive effort, Sampson made it clear at halftime things had to change.

Coming out of the break, the Cougars buckled down.

“We had to kind of reacquaint ourselves with who we were defensively,” Sampson said. “Defensively, second half, I thought we were outstanding in just about every facet, our ball screen coverages, side pick-and-roll, mid pick-and-roll, our shot contest, defensive rebounding.”

Walker was the focus for Houston's defense coming in and the speedy guard had a rough night while maybe trying to do too much to keep his team close. He finished with 17 points on 6-of-18 shooting and had five turnovers.

“Jamal Shead and the job he did on Jordan Walker,” Sampson said. “Our kids certainly heard enough about him. Rightfully so. Most of it came from us telling them how good he was. Because he is good.”

Unlike the Illinois-Chattanooga slugfest, Houston and UAB came out flying.

The Cougars, who put on a dunking show in warmups that would make their school's famed Phi Slamma Jamma alumni teams proud, made seven of their nine 3-pointers and opened a 34-16 lead.

“What was a shock was them coming in and shooting the cover off it,” said UAB's Michael Ertel, who had 13 points. ”They made a lot of hard shots but we let them get going. Gave them a lot of open looks. We didn’t play well defensively tonight and it cost us.”

One of those early 3s came from Shead, who after banking in his long shot yelled to his teammates, “I called it.”

Houston also showed why it came into the tournament as the nation's leader in field-goal percentage defense. The Cougars gave the Blazers no easy looks early.

However, the Blazers regrouped and responded with a late 10-4 burst to close within 46-37 at the half.

Houston is often overlooked in discussions about college basketball's top programs. But the numbers support the Cougars' excellence.