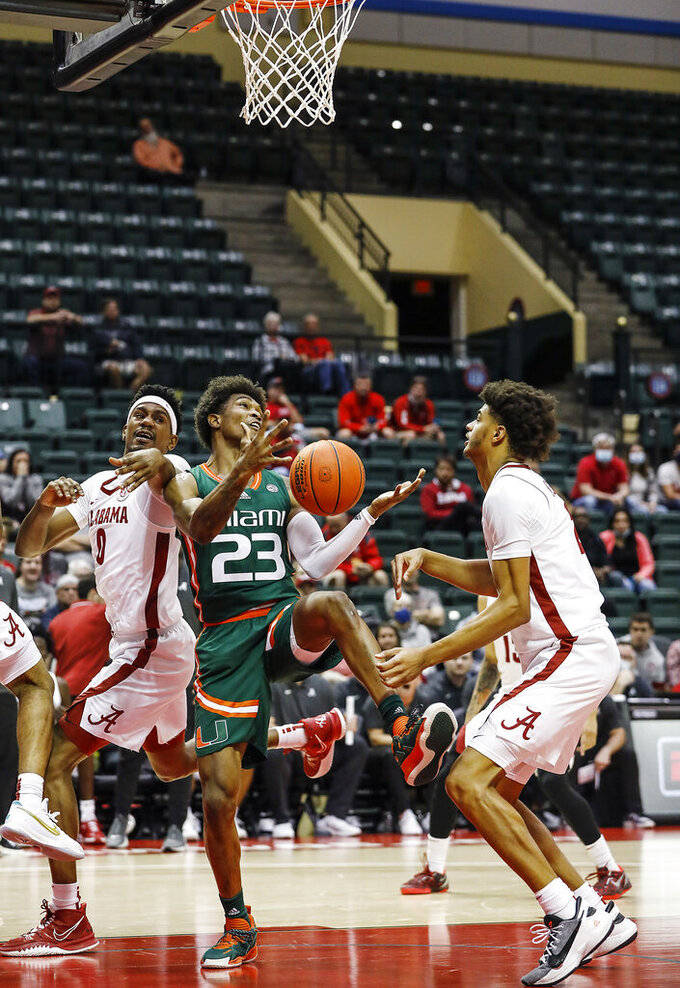 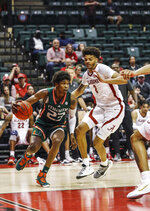 Alabama (6-1), which also got 13 points each from JD Davison and Juwan Gary, found itself in the consolation bracket after losing its tournament opener to coach Rick Pitino's Iona team. Davison added 10 assists.

“We took an ‘L’ the first game but it's not the end of the world,” Ellis said. “You just got to learn from it and move on. I think tonight showed how we bounced back from that.”

The Crimson Tide trailed by as many as nine points but grabbed a 33-30 halftime lead thanks to Jahvon Quinerly’s 3 with 2 seconds left. Alabama then used a 15-6 stretch to open up a 48-36 advantage 4 minutes into the second half, and broke the game open with a 17-0 run over five minutes — including two 3s from Shackelford.

“I thought our second half was as good of basketball as we've played all year,” Alabama coach Nate Oats said. “I thought as the tournament went along the ball moved better, guys playing more unselfish.”

Davison had six rebounds, falling four short of a triple-double. ... Ellis went 5 of 6 from 3-point range, and Alabama made 16 of 30 overall.

Alabama: Will likely stay in the Top 25, but will be passed by a number of teams in the next rankings.

This was the first time Miami played a regular-season nonconference game against a Top 10 team since beating No. 8 Florida on Nov. 17, 2014.

Alabama: At No. 1 Gonzaga on Saturday. Gonzaga will drop from from the top spot in the upcoming poll after losing to No. 5 Duke.

Miami: Plays at Penn State on Wednesday night in the Big Ten/ACC Challenge.