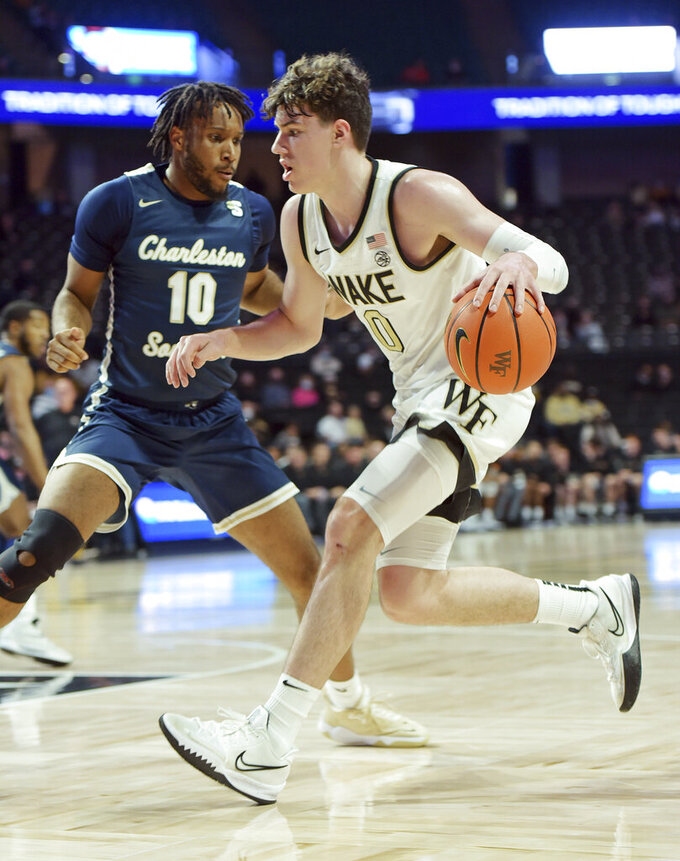 Wake Forest's Jake LaRavia drives to the basket under pressure from Charleston Southern's Jamir Moore during the first half of an NCAA college basketball game Wednesday, Nov. 17, 2021, in Winston-Salem, N.C. (Walt Unks/The Winston-Salem Journal via AP) 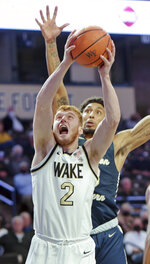 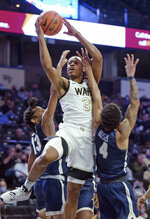 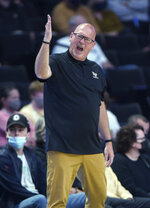 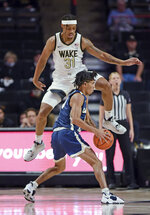 SALEM, N.C. (AP) — Jake LaRavia scored 15 of his 24 points in the first half and Wake Forest took control early in beating Charleston Southern 95-59 on Wednesday night.

Daivien Williamson added 16 points, Khadim Sy scored all 12 of his in the first half before leaving with an apparent knee injury, Dallas Walton had 11, and Alondes Williams and Cameron Hildreth 10 each.

The Demon Deacons never trailed, building a 24-8 lead midway through the first half with nine points from LaRavia. Tahlik Chavez hit consecutive 3-pointers and Taje’ Kelly a layup to cut the lead to eight but that was the last time the Buccaneers (1-2) would see a single-digit deficit.

Wake Forest again pulled away with 7-footer Dallas Walton stealing the ball at midcourt and finishing with a dunk early in a 23-8 half-ending run led by 10 points from Sy.

A 47-24 halftime lead grew to 36 points on consecutive 3-pointers by Williamson with under 14 minutes remaining.

Sy left the game about midway through the second half after a fall under the basket. He walked off the court with assistance and headed to the dressing room.

Chavez was the lone Buccaneer in double figures with 13 points.