NCAA Tournament: Big shots that define the madness of March 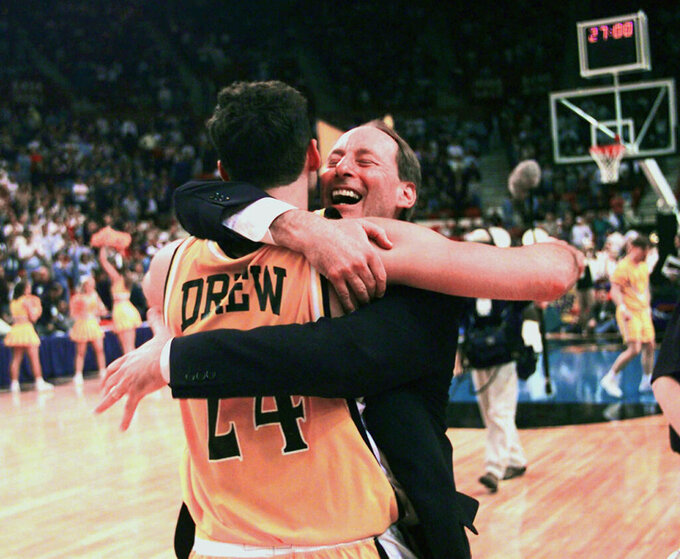 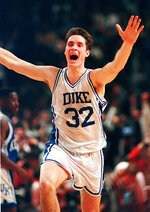 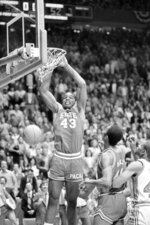 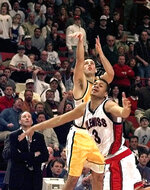 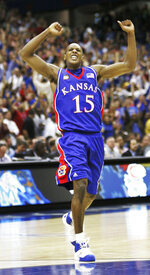 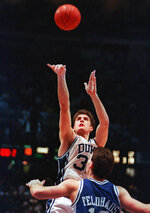 This is the time of year people usually start tweeting at Ali Farokhmanesh.

The Northern Iowa fans who remember his back-to-back buzzer-beaters to beat UNLV and Kansas and usher the Panthers to the Sweet 16 of the NCAA Tournament a decade ago. The Missouri and Kansas State fans still thankful he helped take down the top-seeded Jayhawks. And yes, there will be Kansas fans still pained by the memory.

“I mean, any time someone brings it up to me or somebody randomly tweets at me, or something along those lines, it brings me back,” Farokhmanesh told The Associated Press this week. “And honestly, normally this time of the year is when I start thinking about that — thinking about when I was playing.”

Nothing is normal this year, though. There will be no last-second heroics in the NCAA Tournament after the outbreak of the coronavirus led to its cancellation. There will be no underdogs taking down basketball bluebloods, or previously unheralded kids becoming household names because of their heroics during the madness of March.

Instead, basketball fans will be left — like Farokhmanesh — to reflect on the big games, big shots and big moments that have come to define the NCAA Tournament as one of the most heart-stopping sporting events in the country.

For Farohkmanesh, it is not necessarily the 3-pointer in the final minute that took down Kansas in the second round of the 2010 tournament that jumps to the forefront of his mind. It's the shot he hit two days earlier, a 3 from well beyond the arc in the final seconds, that gave the Panthers a 69-66 victory over the Runnin' Rebels.

“That one gets completely passed up,” said Farokhmanesh, now an assistant at Colorado State. “Magnitude-wise Kansas was bigger, but the UNLV game, that was crazy too, because it was back and forth and we got lucky enough to have the last possession, and it was crazy because they were double-teaming us. I was pretty deep and let it fly.”

Christian Laettner hit plenty of memorable ones, including the winning jumper against Connecticut in the 1990 regional final and the winning foul shots against UNLV in the 1991 national semifinals. But it was his catch-and-shoot off a full-court pass from Grant Hill to beat Kentucky in double-overtime of their 1992 regional final that became historic.

"I don't realize what happened," Laettner said afterward. "I just caught the ball, turned around and made the shot.”

Villanova and North Carolina had already played a championship classic in 2016 when the Tar Heels' Marcus Paige hit a 3 to tie the game 74-all with 4.7 seconds left. The Wildcats in-bounded the ball and Ryan Arcidiacono pushed up the floor, then dished to Kris Jenkins, who released the winning 3 as time expired to set off pandemonium inside NRG Stadium.

“I watched it one time,” Villanova coach Jay Wright told AP this week. "I watch game film right after the game. That one I didn't. So I remember the day after the parade, our family said, 'We're going to sit down and we're going to watch this game.' We did it. The whole family sat down and watched the game and that was the only time I watched it.”

To this day, North Carolina State's Dereck Whittenburg jokes his deep jumper that came up woefully short against Houston in the 1983 title game was really the perfect pass. Regardless, the Wolfpack's Lorenzo Charles was in the perfect spot to make the catch, drop the ball through the net and send Jim Valvano racing across the court like a mad man.

In the pantheon of Cinderella teams, the 1998 bunch from Valparaiso are near the top of the list, and the biggest reason is Bryce Drew's winning shot against Mississippi. With the No. 13 seed Crusaders trailing with 2.5 seconds left, Bill Jenkins caught an in-bound pass from Jaime Sykes and got it to Drew, who let loose a shot as time expired. It gave Valpo a 70-69 win, kicking off a run to the Sweet 16 for Homer Drew's team.

The play had been in the Kansas playbook for years, and it had been practiced so many times it almost seemed like second-nature to the Jayhawks. So when coach Bill Self called “chop” with his team trailing Memphis by three in the closing seconds of the 2008 national title game, Mario Chalmers knew he was likely going to get the shot. Chalmers curled off a screen, teammate Sherron Collins handed him the ball and he drilled the shot to force overtime.

"“The biggest shot in Kansas history,” said Self, whose team ultimately won 75-68 in OT. “It’ll never be forgotten.”

No list of clutch shots is complete without Michael Jordan's jumper to lift North Carolina over Georgetown for the 1982 title. Indiana's Keith Smart deserves a nod for his winner over Syracuse for the 1987 championship. Tyus Edney is still cursed by Missouri fans for his coast-to-coast layup in the second round of the ‘94 tournament. And the indelible image of Loyola Marymount’s Bo Kimball making a left-handed free throw in a first-round blowout of New Mexico State in 1990 to honor his best friend Hank Gathers, who had died days earlier from a heart issue, remains the stuff of NCAA lore.