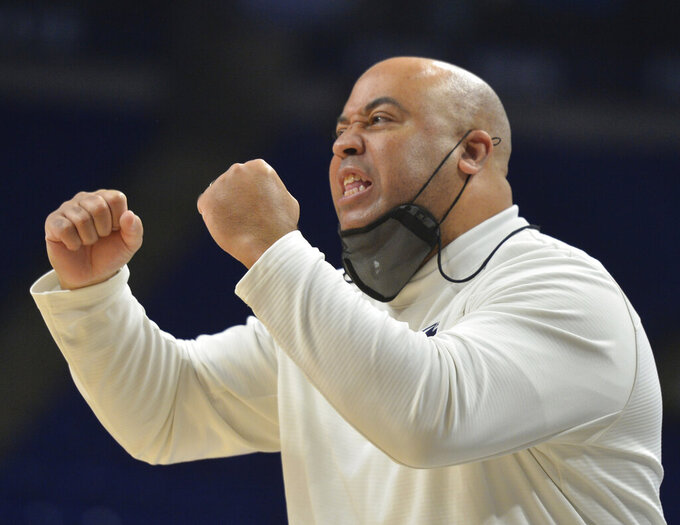 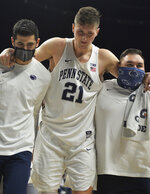 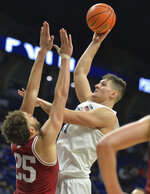 Sam Sessoms scored all 10 of his points in the second half for Penn State (6-5, 2-1 Big Ten). Seth Lundy, who went into the game averaging a team-high 14.7 points this season, finished with eight points on 2-of-10 shooting. He grabbed a career-high tying 10 rebounds, two steals and a block with just one turnover in 32 minutes.

Sessoms scored eight points as he and Dread each hit two 3-pointers in an 18-5 spurt that gave Penn State its biggest lead of the game at 51-41 midway through the second half. The Hoosiers answered with nine straight points, holding the Nittany Lions scoreless for nearly 5 minutes, to cut the deficit to a point after Rob Phinisee made back-to-back baskets. Pickett ended the drought when he hit a 3-pointer with 5:32 remaining and Penn State held on from there.

The Nittany Lions, due to health and safety protocols surrounding COVID-19, had not played since falling 84-64 at Michigan State on Dec. 11.

Trayce Jackson-Davis scored 14 of his 20 points in the second half for Indiana (10-3, 1-2). Race Thompson added nine points and 10 rebounds.

Indiana cut its deficit to a point on three occasions in the final 2 minutes but the Nittany Lions responded each time. Dread's final 3 gave them a 57-53 lead with 1:50 to go before Lundy and Sessoms each hit a pair of free throws in the final minute.

Phinisee and Jackson-Davis both missed good looks from 3-point range in the final 5 seconds.

The Hoosiers made just 4 of 17 from beyond the arc and were outrebounded 39-29.

John Harrar, who left the game with what appeared to be an ankle injury but returned for the final few minutes, finished with six points and 12 rebounds for Penn State.