St. Bonaventure ousts Oklahoma 70-68 in 2nd round of NIT 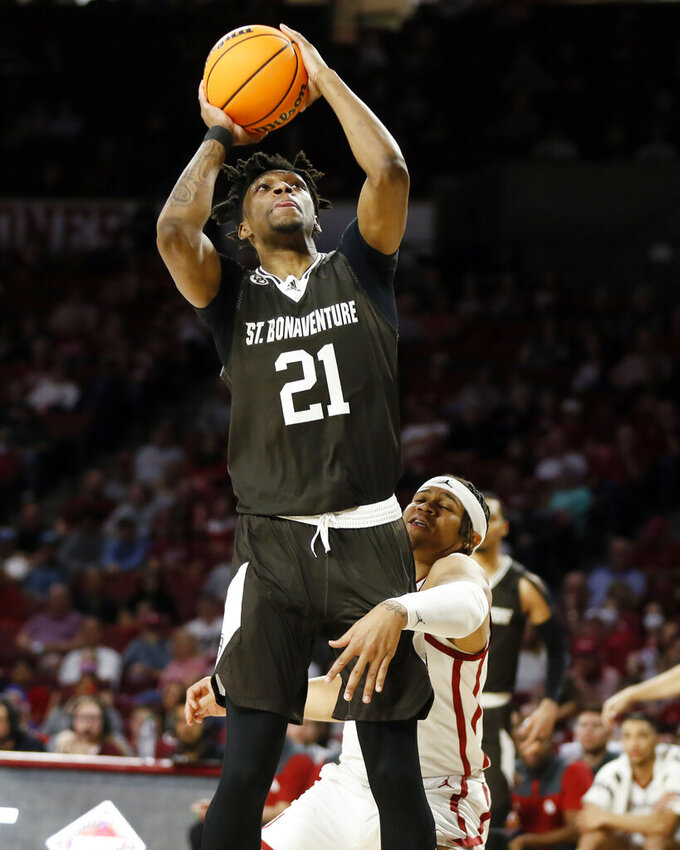 St. Bonaventure forward Osun Osunniyi (21) shoots in front of Oklahoma guard C.J. Noland in the first half of an NCAA college basketball game in the second round of the NIT in Norman, Okla., Sunday, March 20, 2022. (AP Photo/Nate Billings) 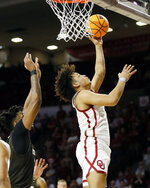 NORMAN, Okla. (AP) — Jaren Holmes tossed in 23 points, Osun Osunniyi had a double-double and St. Bonaventure knocked out Oklahoma 70-68 in the second round of the NIT on Sunday night.

Holmes sank 8 of 12 shots, including all four of his 3-point attempts, for the Bonnies (22-9). Osunniyi finished with 12 points and 10 rebounds. Jalen Adaway added 11 points — all in the second half. Dominick Welch and Kyle Lofton both scored 10 with Lofton's all coming after intermission.

St. Bonaventure never trailed after Holmes hit a 3-pointer with 5:24 remaining to give the Bonnies a 61-58 lead. Umoja Gibson hit from beyond the arc to pull the Sooners within 69-68 with 18 seconds left, but Welch made the second of two free throws and Marvin Johnson missed a jumper that was snagged by Osunniyi to end the game.