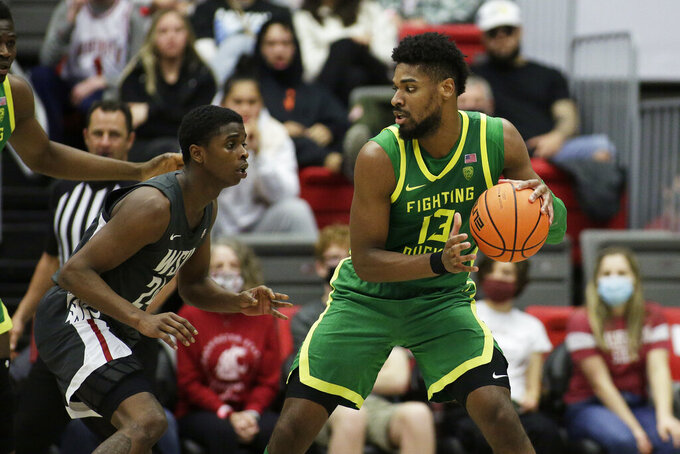 Virginia hasn’t won an NCAA Tournament game since its 2019 national title and failed to even make the field last season.

The return of five starters should enable the Cavaliers to change that trend.

“This probably is the oldest team maybe that I’ve had,” coach Tony Bennett said as he enters his 14th season at Virginia.

Virginia is 18th in the Associated Press preseason Top 25, making the Cavaliers the highest-ranked team that isn’t coming off an NCAA Tournament berth.

The Cavaliers went 21-14 and reached the NIT quarterfinals last season. That followed a 2020-21 season in which Virginia earned a No. 4 seed in its region but lost to Ohio in the opening round of the tournament.

Virginia has the pieces in place to make a deeper run this season.

“Last year our depth wasn’t great and we probably didn’t shoot the ball at the level we needed to, so we tried to improve in those areas,” Bennett said. “But experience is golden, I think, in college basketball. And we have that.”

Some other programs that have reason to believe they can get back into the NCAA Tournament in March after failing to make it last season:

Notes: Dayton is ranked in the preseason AP Top 25 for just the third time in program history. The Flyers return all five starters, including 2022 Atlantic 10 rookie of the year DaRon Holmes II. Dayton failed to reach the NCAA Tournament despite beating eventual national champion Kansas during the year.

Florida State had advanced to at least the Sweet 16 in three straight NCAA Tournaments before struggling through a disappointing 2021-22 season. The Seminoles return their top two scorers from last season in Caleb Mills (12.7) and Matthew Cleveland (11.5). They also brought in three top-100 recruits, though 6-11 freshman center Baba Miller will miss the first 16 games of the season for a travel payment that was ruled an NCAA violation.

Notes: Will Richardson is back after scoring 14.7 points per game and earning second-team all-Pac-12 honors last season. Other returning starters include Quincy Guerrier and N’Faly Dante. The Ducks are hoping that experience helps them avoid a repeat of their late slide from last year, when they dropped eight of their final 12 games.

Notes: Yuri Collins led all Division I players with 7.9 assists per game and can distribute to a couple of talented scorers. Gibson Jimerson ranked third in the Atlantic 10 with 16.3 points per game last season. Saint Louis also welcomes back Javonte Perkins, who had 17.1 points per game in 2020-21 before missing last season with a torn anterior cruciate ligament.

Notes: Texas A&M coach Buzz Williams criticized the selection committee last season after his team got left out of the field. The Aggies won’t have to sweat out Selection Sunday if they can build on the momentum they established late last season, when they won 11 of their final 13 games. They return two double-figure scorers from the 2021-22 team in Henry Coleman (11.0) and Tyrece Radford (10.9).

Notes: Xavier played its way out of NCAA Tournament consideration last year by dropping six of its last seven games before the bracket announcement. The Musketeers then bounced back by winning five straight to claim the NIT title. Colby Jones was named the NIT’s most outstanding player last season. Jones and teammate Jack Nunge received preseason first-team all-Big East honors from the league’s coaches.