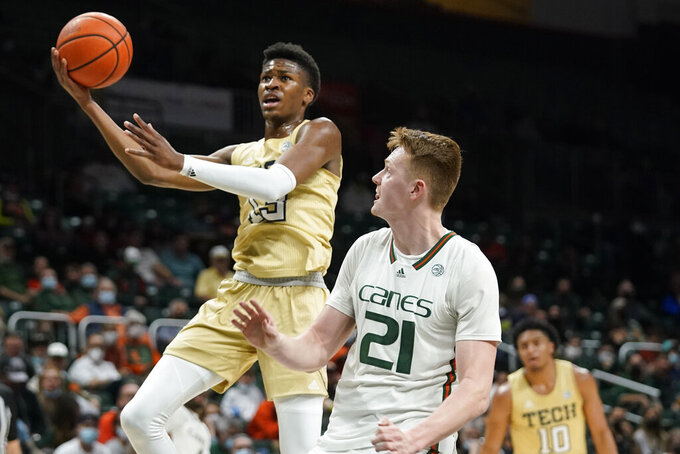 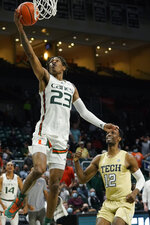 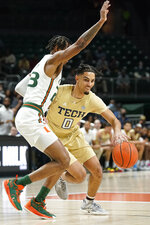 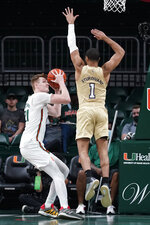 Waardenburg made 5 of 8 shots — 3 of 4 from 3-point range — and all six of his free throws for the Hurricanes (17-7, 9-4 Atlantic Coast Conference). Kameron McGusty had 17 points and four steals, while Isaiah Wong pitched in with 14 points and seven rebounds. Khalid Moore scored 13 with five assists and Anthony Walker added 12 points and eight rebounds.

Neither team had more than a one-possession lead through the first 7:22 of the second half until Deivon Smith's basket gave Georgia Tech a 51-47 advantage. Smith's layup with 9:59 remaining put the Yellow Jackets up 56-52, but Waardenburg buried a 3-pointer to ignite an 11-0 run that left the Hurricanes leading 63-56 with 6:07 left. Jordan Usher's three-point play ended the Miami run, but the Yellow Jackets got no closer than four from there.

Miami travels to play Wake Forest on Saturday. Georgia Tech stays on the road to play Virginia on Saturday.