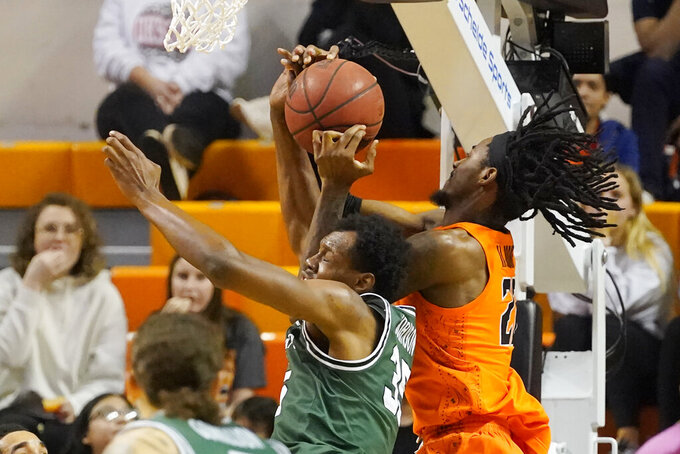 The Cowboys' Keylan Boone blocked the potential game-tying layup with 20 seconds left in overtime, then Williams made 1 of 2 from the line and Anderson followed with a pair for the final margin.

Williams and Anderson scored 22 of Oklahoma State's final 24 points in regulation, the last two coming on Anderson's coast-to-coast layup with 2 seconds left that sent the game to overtime.

Keylan Boone's twin brother Kalib scored 13 points and Matthew-Alexander Moncrieffe added 11 for Oklahoma State (6-3). Anderson made 11 of 15 shots from the field, Williams made 10 of 19 and the Cowboys shot 53% as a team.

Playing at an unaccustomed pace, Oklahoma State trailed for much of the first half but 3-pointers by Williams and Anderson in the final minute helped the Cowboys take a 46-45 lead.