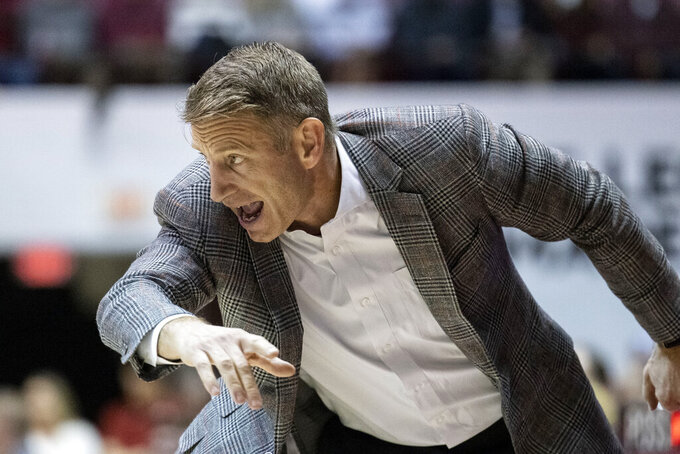 Alabama head coach Nate Oats signals to his team in the second half of an NCAA college basketball game against Louisiana Tech, Tuesday, Nov. 9, 2021, in Tuscaloosa, Ala. (AP Photo/Vasha Hunt)

Coach Nate Oats signed five players on Wednesday in a class ranked No. 3 overall by 247Sports. It's the first time the Crimson Tide have landed two five-star recruits.

Bradley and Miller are two of the program's highest-rated signees going back to 2000, according to 247Sports. Miller is rated as the No. 10 recruit, the third highest ranking of any Alabama signee in that span.

Bradley is 17th and the sixth-highest-rated Tide signee.