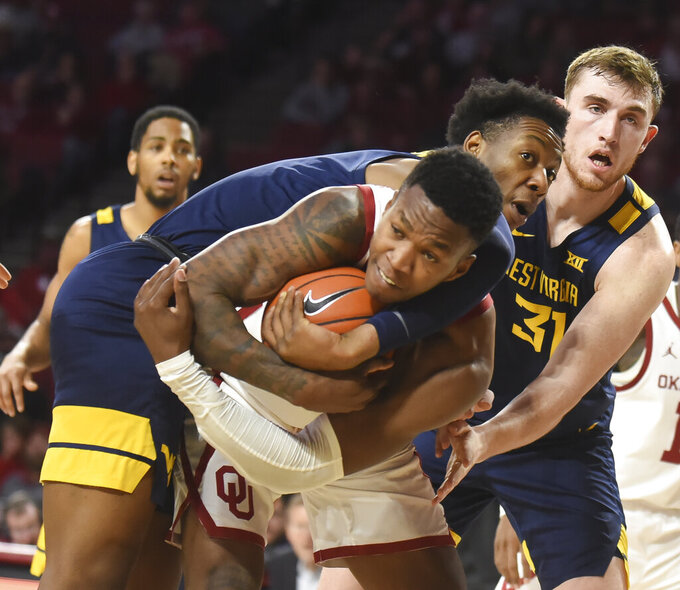 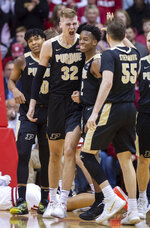 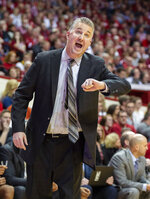 Purdue is positioned to chase down an NCAA Tournament bid, thanks in part to the Big Ten’s depth of quality teams.

The Boilermakers had 10 losses by the end of January and are one game better than .500 in conference play. Yet they are ranked No. 26 in the NCAA’s NET rankings as of Sunday and play in KenPom’s top-rated league, which ranks well ahead of the Big 12 and Big East conferences.

That means Purdue will have plenty of chances to keep bolstering its resume, even with relatively little room for error through its final seven regular-season games.

“We’re going to keep getting tough matchups,” junior center Matt Haarms said after Saturday’s win at Indiana. “Every game in the Big Ten is a tough one, continue to play tournament-caliber teams, and we want to show that we belong in the tournament.”

After getting within a game of last year’s Final Four, Matt Painter's Boilermakers lost nonconference games to Texas, Marquette, now-No. 8 Florida State and now-No. 19 Butler before Christmas. Then they stumbled to five league losses in seven games in January to stand at 11-10.

But Purdue (14-10, 7-6) has won three straight, including Wednesday’s home rout of No. 17 Iowa followed by Saturday’s win at Indiana. Both are Quadrant 1 wins that top an NCAA Tournament resume, joining a 29-point win against preseason No. 1-ranked Michigan State in mid-January and a November neutral-court win against VCU.

Overall, Purdue is 4-7 against opponents in Quadrant 1, defined as home games against top-30 teams in the NET, neutral-site games against top-50 teams and road games against top-75 teams. The Boilermakers also have a 29-point win against reigning national champion Virginia for a Quadrant 2 victory, while a December loss at Nebraska is their only Quadrant 3 loss.

As of midday Sunday, Purdue was headed for a No. 10 seed in BracketMatrix.com’s average of 89 tournament projections, with the Boilermakers appearing in 70 mock brackets for the 68-team field.

And there are still five Quadrant 1 games ahead, including Tuesday at home against No. 22 Penn State (No. 19 in NET), Saturday at Ohio State (17th) and a road rematch with the Hawkeyes (28th) on March 3.

A strong finish could get the Boilermakers comfortably clear of the bubble by Selection Sunday, which is five weeks away.

Arizona State: The Sun Devils (15-8, 6-4 Pac-12) have won five of six, including Quadrant 1 wins against Arizona and Washington.

Wisconsin: The Badgers (14-10, 7-6 Big Ten) are in a similar position to league-mate Purdue, though their win Sunday against Ohio State improved them to 7-7 against Quadrant 1 teams after entering the day at No. 37 in the NET.

Cincinnati: The record looks good for the Bearcats (15-8, 8-3 American Athletic Conference), but Sunday’s loss at Connecticut dropped them to 1-5 against Quadrant 1 teams with three Quadrant 3 losses (Colgate, Bowling Green and Tulane) to sit at 46th in the NET. They also have just one Quadrant 1 opponent remaining (at No. 25 Houston on March 1).

Florida: The Gators (14-9, 6-4 Southeastern Conference) are going in the wrong direction. Ranked sixth in the preseason AP Top 25, Florida has lost four of six after Saturday's loss at Mississippi.

Memphis: The Tigers (17-6, 6-4 American Athletic Conference) suffered a Quadrant 3 loss to South Florida at home Saturday, dropping them 13 spots to 60th in the NET. Memphis has one Quadrant 1 win and recently lost No. 2 scorer D.J. Jeffries for four to six weeks to a knee injury.

N.C. State: The Wolfpack (15-8, 6-6 Atlantic Coast Conference) ended up on the wrong side of the bubble last year and could do it again. A recent three-game skid included a Quadrant 3 home loss to struggling rival North Carolina, though games with No. 7 Duke (twice) and No. 8 Florida State offer chances to improve a No. 62 NET ranking.