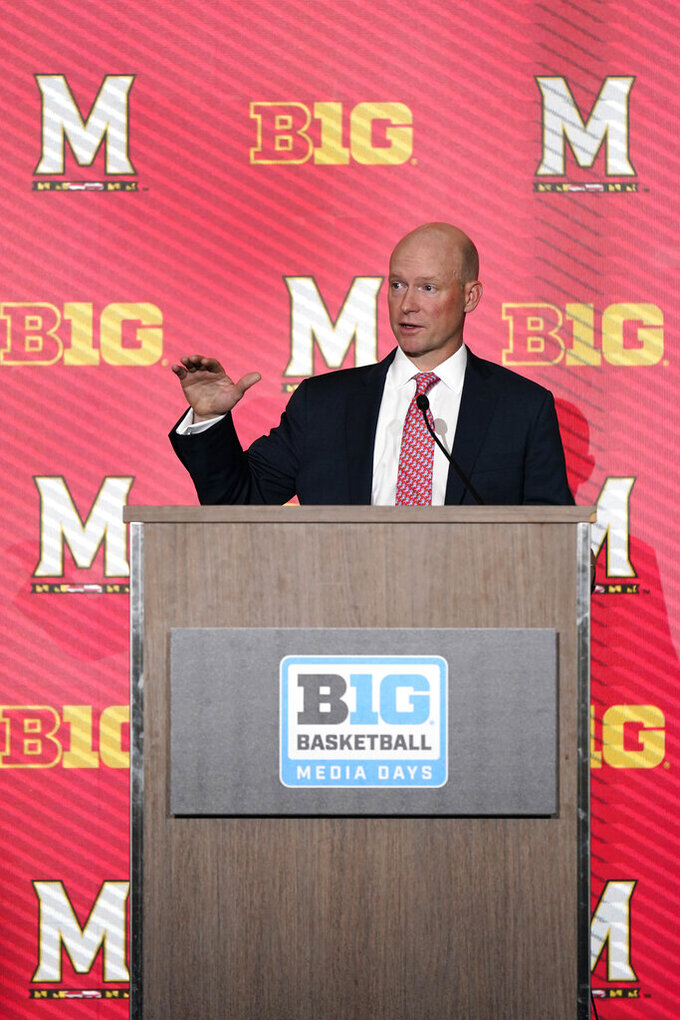 Kevin Willard has now had some time to acclimate to his surroundings as the new basketball coach at Maryland.

“You got to know how to eat crab cakes,” Willard said. “I’m learning how to crack crabs and eat crabs. It’s a new thing for me.”

Terrapins fans won't care much about what Willard eats and how he eats it if he can make Maryland a national title contender again. Last season was the 20th anniversary of when the Terps won it all in 2002, but it wasn't much of a celebration. Maryland started slowly, and coach Mark Turgeon was out in early December. Assistant Danny Manning took over on an interim basis, and the team ended up going 15-17.

Willard was hired after the season, moving from Seton Hall and the Big East to Maryland and the Big Ten. He comes to a program that still has plenty of potential. The Terps tied for the Big Ten title in 2020, but that year's NCAA Tournament was called off because of the coronavirus, and Maryland has enjoyed little postseason success in general lately.

Willard made the NCAA Tournament with regularity at Seton Hall but never went on a long run with the Pirates. Now he'll have a chance to shine at a job he called one of the top 10 in the game when he was hired.

The Terps return two of their regular starters from a season ago, forward Donta Scott and guard Hakim Hart. Scott averaged 12.6 points and a team-high 6.2 rebounds a game. Hart averaged 9.9 points.

“We made sure the guys we had returning, that stayed, that we complemented them, we didn’t come and bring someone in their position,” Willard said.

The transfer rules can make it easier now for a new coach to rebuild a roster, although any time a number of newcomers arrive, building good chemistry is important. The Terps had some well-regarded transfers last year, too, and the mix didn't have much success.

Willard signed 6-foot-6 Noah Batchelor, who played at IMG Academy in Florida last season. He's from Frederick, Maryland, but Willard said he understands not every local standout will play for the Terps.

“We’re not trying to build a wall. You’re never going to keep all your local kids home,” he said. “Fan bases love saying that. If you keep everyone home, then you’re not going to be able to play everybody and everyone is going to get mad at you anyways.”

Willard's final Seton Hall team went 21-11 and was a No. 8 seed in the NCAA Tournament, losing to ninth-seeded Texas Christian. Now he comes to coach for a Maryland fan base that has higher expectations than that.

“The sense of pride that they have for their program is really cool,” he said. “It’s been something I think that’s helped us recruiting, it’s helped us with this team this year. It’s been great.”

Maryland opens Nov. 7 against Niagara. The Terps play at Louisville in the Big Ten-ACC challenge and have a neutral-site game against Tennessee on Dec. 11. They host UCLA on Dec. 14.