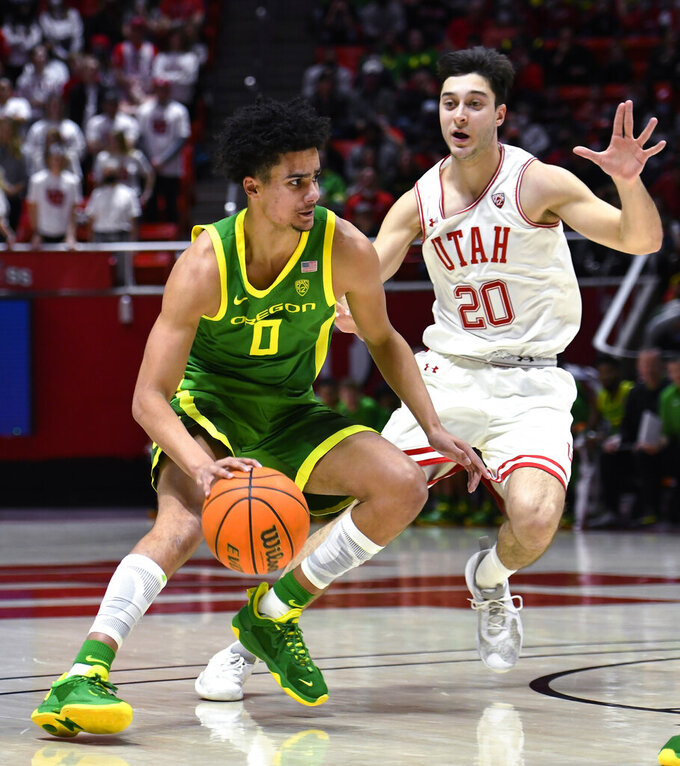 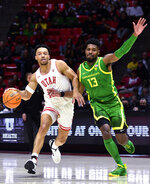 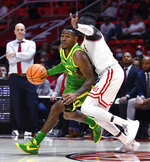 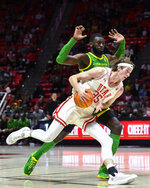 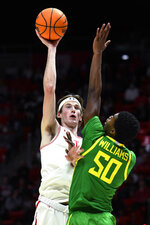 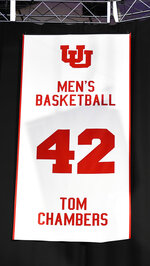 SALT LAKE CITY (AP) — Will Richardson made five 3-pointers and finished with 25 points and Oregon held off Utah for an 80-77 victory on Saturday night.

Utah used a 13-4 run, capped by a pair of Rollie Worster free throws, to pull to 78-77 with 7.6 seconds remaining. Eric Williams Jr. then heaved the ensuing inbounds past midcourt to Jacob Young, who caught the ball in stride and made a layup with 4.5 left. Eli Ballstaedt missed a 3-point attempt at the buzzer.

Richardson was 10 of 18 from the floor and had five assists. Young finished with 14 points. De’Vion Harmon added 12 points and Quincy Guerrier had 11. Williams had 10 rebounds to go with seven points.

Gabe Madsen scored 19 points and made five 3-pointers to lead Utah, which had ended a program-record 10-game losing streak on Thursday night in a 84-59 win over Oregon State. Madsen scored five points in the Utes' final run but also missed three attempts from long range inside the final minute.

Marco Anthony added 15 points for Utah. Worster finished with 13 points and Branden Carlson added 11. The Utes missed 20 of 28 3-point attempts and were 15-of-23 shooting (65%) from the free-throw line.

Oregon will look for its fourth consecutive victory when it plays Stanford on Thursday to begin a three-game homestand. Utah plays at Colorado next Saturday.