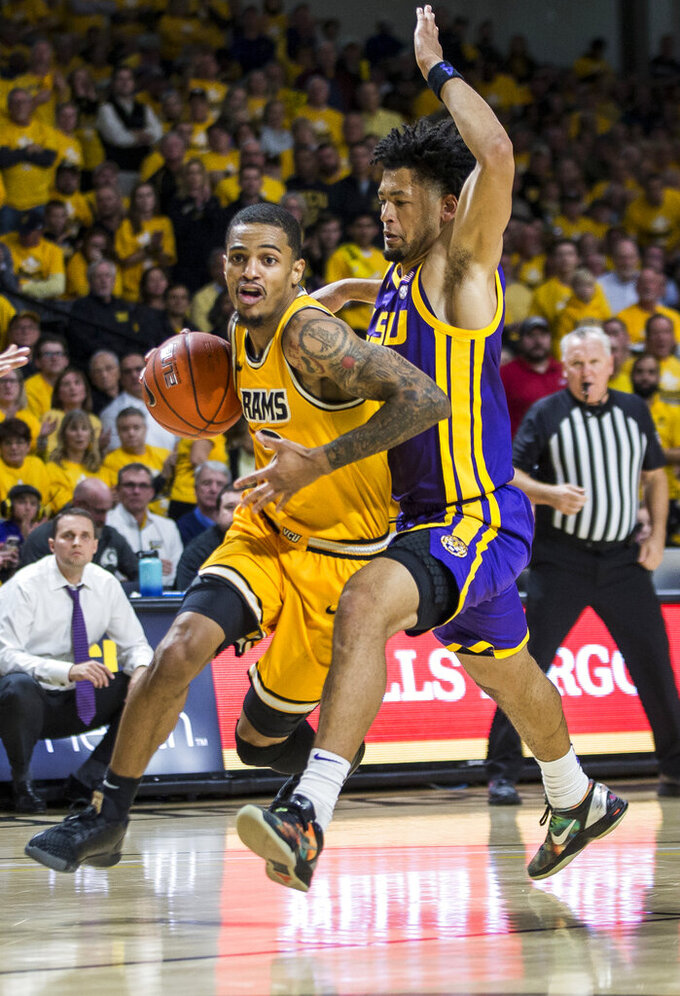 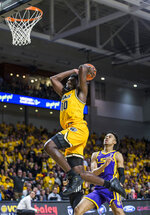 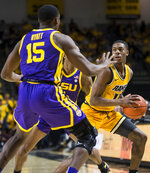 RICHMOND, Va. (AP) — Will Wade was concerned about turnovers before bringing No. 23 LSU to the Siegel Center, where he spent six seasons and watched VCU frustrate opponents with a frenetic pressing, trapping defensive style. He tried to prepare the Tigers for what they would face.

“You can’t simulate this,” Wade said, gesturing toward the arena where the band is loud, the creative fans sit right on top of the court and the sellout streak has reached 137 games. “You can’t simulate what they do, and they do it every night.”

Former Wade recruit Marcus Santos-Silva had 17 points and 11 rebounds, and VCU turned 26 turnovers into 37 points in an 84-82 victory Wednesday night. The game ended, fittingly, with Skylar Mays losing control on a desperate drive for a tying basket.

“This is my fourth year of college basketball and this is No. 1,” Mays said. “This is the toughest environment I’ve ever played in.”

The Rams (3-0), whose contract with Wade mandated he bring his new team to the Siegel Center or have his school pay $250,000, improved to 5-2 against ranked opponents on their home court, and they did it after withstanding a furious rally at the finish.

The Tigers (1-1) took their first lead since early in the first half on two free throws by Mays with 41 seconds left.

“Sometimes you have to put your guts out on the court, make plays, figure it out, find a way,” Rams coach Mike Rhoades said.

LSU had a chance after Santos-Silva made one of two free throws with 4.9 seconds left, but Mays lost the ball.

De’Riante Jenkins and Marcus Evans added 15 points each for VCU, which was outscored 46-30 in the paint.

“We didn’t have much of an answer for Santos-Silva down low,” Wade said.

Jenkins, fouled on a 3-point try, then made two of three free throws, and the Tigers missed their final three field-goal tries.

LSU: Wade said he was concerned about how much the Tigers turned the ball over in their opener against Bowling Green, surely with an eye toward the “havoc” style Rhoades has reintroduced at VCU. The Rams made them believers, forcing 12 first-half takeaways and turning them into 24 points.

VCU: The Rams had trouble getting the ball inside, but their 3-point shooting and defense bailed them out, especially during an 18-4 first-half run. In one sequence, Isaac Vann made a 3 for VCU, which then forced a turnover, leading to Evans’ 3. The Tigers then turned it over again, leading to a 3 by Vince Williams. All in 53 seconds.

The Rams bought the crowd to its feet late in the first half with the 18-4 burst that allowed them to open a 48-33 lead.

It was something Wade — who spent four seasons as an assistant under Shaka Smart and two as VCU’s head coach before leaving for LSU in 2017 — acknowledged having seen many times in the arena.

“It’s usually better when you’re on the other side,” he said.

“Now I can go back to rooting for VCU.” — Wade, who was jeered and booed when he appeared on the court. Five Rams fans were dressed as FBI agents near the LSU bench, and others had fake money spilling out of their hats, a reference to last year when Wade was named in a Yahoo Sports report about excerpts of an FBI wiretap that captured the coach speaking with Christian Dawkins, who was convicted of funneling illegal payments to the families of college basketball recruits. Wade denied wrongdoing.

The Tigers should have a much easier time in their next outing, at home against Nicholls on Saturday.

The Rams continue a six-game homestand to open the season, welcoming Jacksonville State on Sunday.