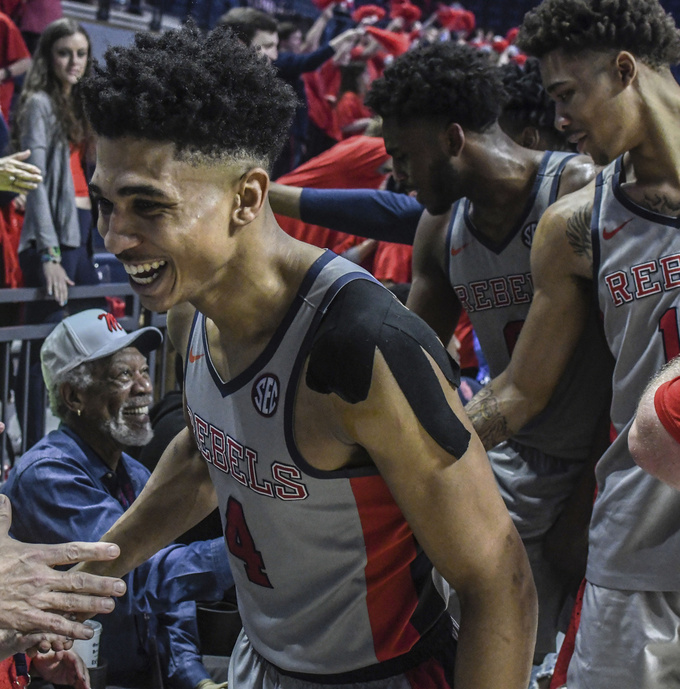 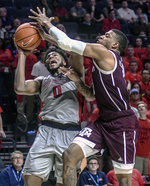 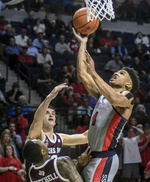 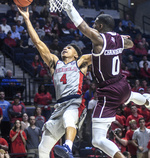 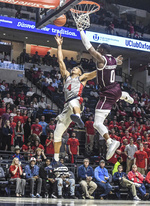 OXFORD, Miss. (AP) — There was no celebration for Mississippi, but there was a sigh of relief.

Ole Miss snapped a four-game losing streak, wiping out a nine-point deficit in the second half Wednesday night, to defeat Texas A&M 75-71.

"It wasn't pretty, but we found a way," Mississippi coach Kermit Davis said. "We showed some toughness and contested shots in the last 10 minutes. We were desperate. We really needed this win."

Texas A&M: Despite falling behind 19-6 in the opening seven minutes, the Aggies did not fold, but could not close it out in the final 10 minutes. ... Mahan was outstanding from 3-point range, hitting 10 consecutive shots over a two-game span against Tennessee and Ole Miss. The streak ended with a miss from 25 feet with 1:45 left and the Aggies trailing 67-64.

"He was open, but it was deep," Texas A&M coach Billy Kennedy said of the potential game-tying shot. "The timing could have been better. It's unfortunate."

Ole Miss: The win was especially important and not just because it stopped a four-game losing streak. The Rebels play three of the next four games on the road and have home dates remaining against No. 1 Tennessee and No. 5 Kentucky.

Ole Miss: The Rebels travel to Georgia on Saturday.