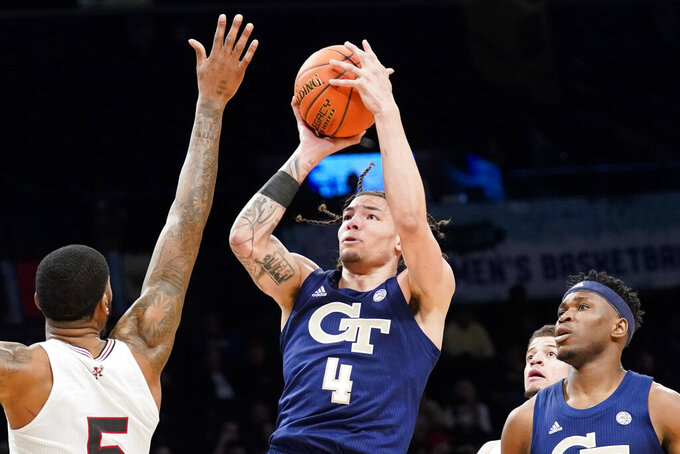 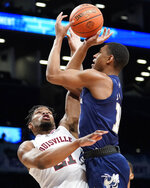 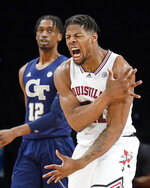 NEW YORK (AP) — Jarrod West made two clutch 3-pointers late, scoring 20 points and adding four steals, to help Louisville hold off a furious rally by Georgia Tech in an 84-74 victory in the first round of the ACC tournament on Tuesday.

Kyle Sturdivant knotted the score at 11 with a layup before the game got away from Georgia Tech. Sydney Curry made the second of two foul shots to give the Cardinals the lead, El Ellis made four straight free throws and Noah Locke hit a jumper and a 3-pointer to push the lead to 25-15 with 8:23 remaining in the half. The lead grew to 45-28 at intermission.

Ellis hit a 3-pointer to extend the Louisville lead to 67-40 with 12:07 left, but Michael Devoe scored eight straight points in a 19-0 run to pull the Yellow Jackets within 67-59 at the 6:47 mark. A layup by Malik Williams ended Louisville's 5:47 scoring drought and pushed its lead back to 10.

Miles Kelly scored six straight points for the Yellow Jackets and his dunk and a free throw by Dallan Coleman cut the deficit to 73-68 with 2:57 to go. But West buried 3s on back-to-back possessions for the Cardinals and Georgia Tech got no closer.

Locke finished with 16 points and seven rebounds for Louisville. Williams added 14 points and 10 boards. Curry pitched in with 12 points and six rebounds, while Ellis had 10 points, six assists and five rebounds off the bench.

Louisville (13-18) advances to play Virginia on Wednesday in the nightcap of the second round.