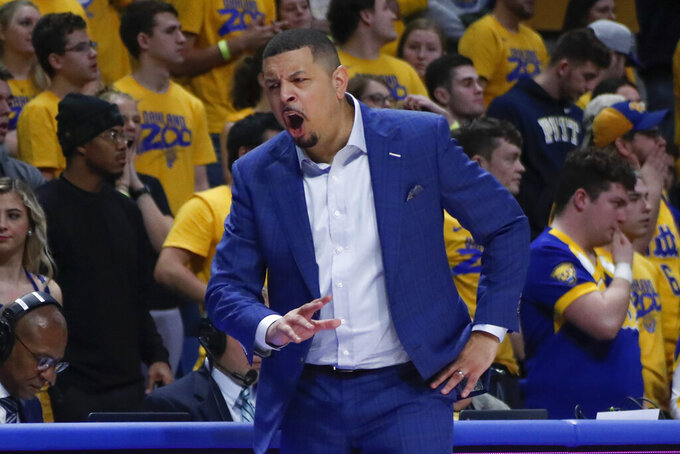 Pittsburgh head coach Jeff Capel yells to his team during the second half of an NCAA college basketball game against Wake Forest, Saturday, Jan. 4, 2020, in Pittsburgh. (AP Photo/Keith Srakocic)

PITTSBURGH (AP) — Pittsburgh basketball coach Jeff Capel has agreed to a two-year contract extension that would keep him with the Panthers through the 2026-27 season.

The deal, announced Wednesday, gives Capel more time to continue the rebuilding project he took on when Pitt hired him in April 2018. Capel guided the Panthers to a 14-19 mark in his first season, a six-win improvement from former coach Kevin Stallings' nightmarish final year with the Panthers in which Pitt went winless in Atlantic Coast Conference play.

Capel said in a statement he is excited about the direction of the program. Pitt is 10-4 heading into Wednesday night's game at North Carolina, including a 1-2 mark in the ACC. Local interest in the Panthers has ticked up considerably during Capel's brief tenure. Average attendance at the Petersen Events Center this season is 8,284 fans per game. Pitt averaged just 4,117 fans per contest during Stallings' last season.

Athletic director Heather Lyke credited Capel for building the Panthers “the right way and with the right people.”