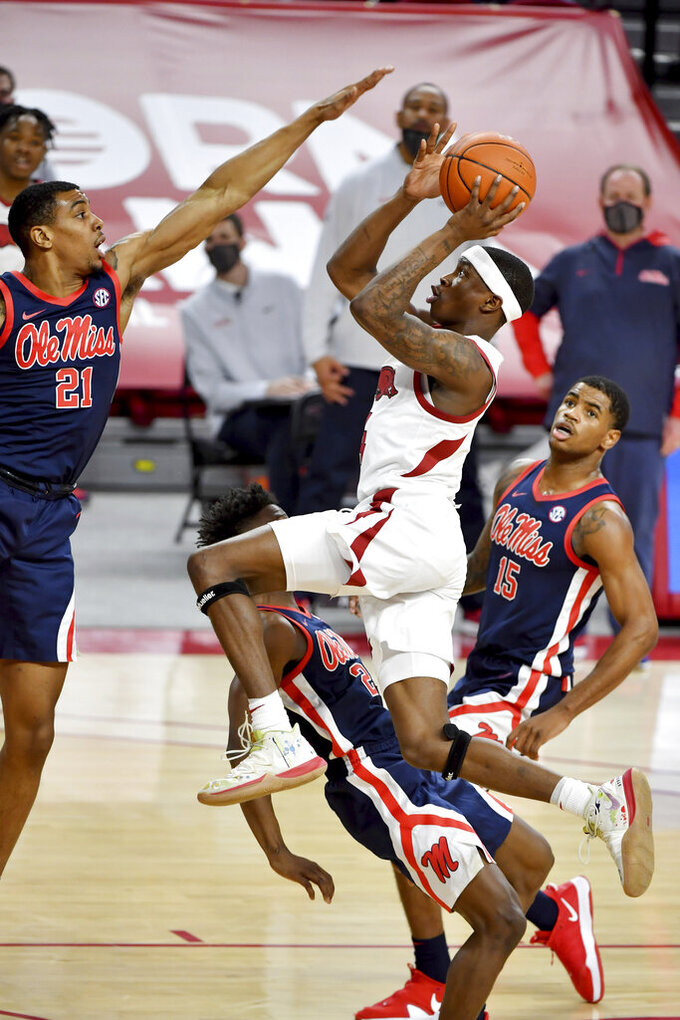 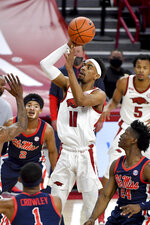 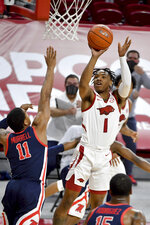 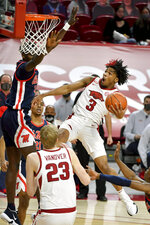 FAYETTEVILLE, Ark. (AP) — JD Notae scored 19 points to lead Arkansas to a 74-59 victory over Mississippi on Wednesday night for its third straight win.

Notae was 4-of-11 shooting and made three of Arkansas' seven 3-pointers. He averages 13.7 points and led the Razorbacks in scoring for the fifth time this season. Davonte Davis added 14 points and Justin Smith had 10.

The Rebels missed 15 straight 3-point attempts and finished 1 of 16 from long range. It was a season low in scoring since their 65-62 loss at Dayton on Dec. 19.

Ole Miss plays at Georgia on Saturday for its second of four straight road games. Arkansas, which has played just four home games this season, will host Oklahoma State on Saturday.