Goodwin, No. 10 USC rally in 2nd half to beat UC Irvine 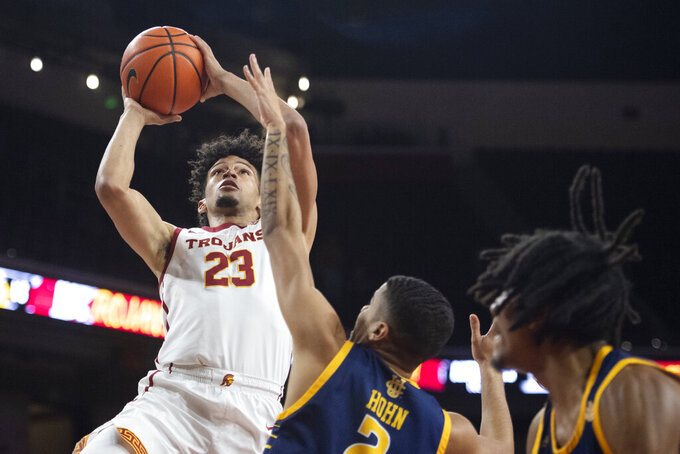 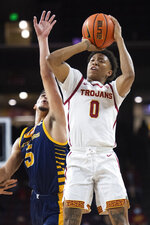 Goodwin had 17 points in the second half to help the Trojans (11-0) remain one of seven unbeaten teams in the nation. The 6-foot-9 senior's biggest basket came with 24 seconds remaining when his layup off a missed shot by Mobley put USC ahead 63-59.

“We kind of needed this game to show where we are at. We embraced the challenge and didn’t shy away from it. As a top-10 team you are going to get everyone’s best shot,” Goodwin said.

Trojans coach Andy Enfield didn't have much to say to his team as it trailed at halftime for only the second time this season.

“We made some adjustments, but it was really on the players,” he said. “Our second-half defense did a great job. Hopefully they can see when they defend at that level they are a pretty good basketball team.”

The Trojans trailed by 10 points late in the first half and 36-28 at halftime before working their way back. They went on a 15-4 run over an eight-minute span, and Godwin's free throw put USC ahead 46-45 with 7:29 remaining.

“At the half, I said some stuff to the team and so did Chevez. That energy carried over, the little things defensively too," said Mobley, who had his fifth double-double in six games. “We were getting out faster, which made it hard for them to match up with us in the second half.”

USC had a 61-55 advantage with 2:11 left before back-to-back buckets by Welp pulled the Anteaters within one with 53.6 seconds to go.

“I’m not used to seeing that. I’m frustrated by that,” coach Russell Turner said. “Tonight we didn’t do the things that you have to do to win tough games against good teams. We’re going to have to make some layups to be as good as I think we can be.”

UC Irvine: The Anteaters fell to 4-23 against teams ranked in the top 10. All four victories came against UNLV when both teams were members of the Big West during the 1980s.

USC: Faces Georgia Tech on Saturday at the Jerry Colangelo Classic in Phoenix.