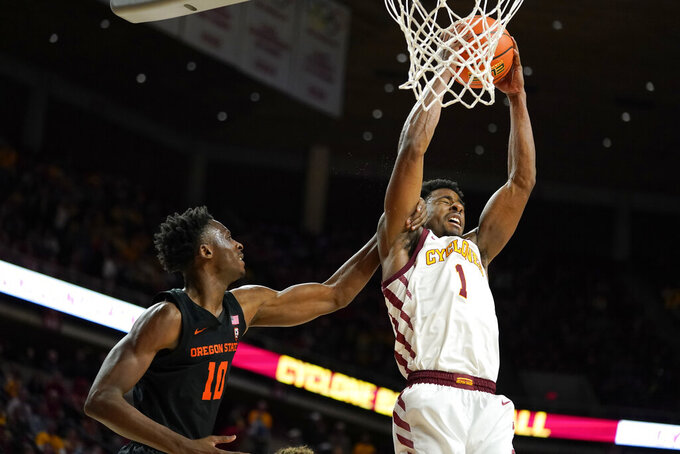 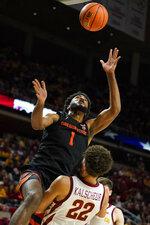 Brockington had 10 points and 12 rebounds. Tyrese Hunter added nine points and seven assists for the Cyclones (2-0).

Iowa State led 26-20 at halftime and extended the lead to double-digits for much of the second half before Calloo made two free throws to draw the Beavers within nine points with 4:45 remaining.

Oregon State's Glenn Taylor Jr. came up with a steal on Iowa State's next possession but the Beavers failed to capitalize, missing in the paint and from 3-point range after an offensive rebound.

Caleb Grill then hit a 3-pointer for the Cyclones and Iowa State led by at least 10 points the rest of the way.