Late dunk lifts No. 11 Creighton to win over Providence 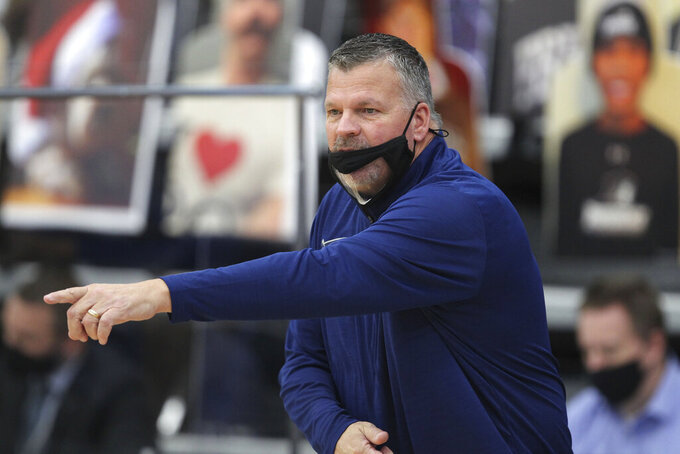 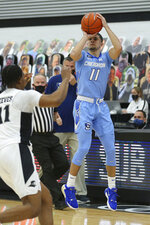 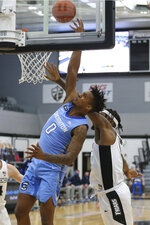 PROVIDENCE, R.I. (AP) — Christian Bishop had a go-ahead dunk with 0.8 seconds left and the 11th-ranked Creighton Bluejays held off a late rally to beat the Providence Friars 67-65 on Saturday.

Marcus Zegarowski, who had the assist on Bishop’s dunk, had six 3-pointers and 20 points to help the Bluejays (8-2, 4-1 Big East) to their fourth straight victory.

“I wanted to get it out as quick as possible. I knew they would try to deny me," Zegarowski said. "In practice we always teach pace and crossing the court, and that's exactly what I did. … Christian made a hell of a play to win the game for us.”

Creighton led by 13 with about seven minutes left in the second half. Providence (7-4, 3-2) got within 65-63 on two free throws by Noah Horchler with 15.9 seconds remaining and forced a turnover on the Bluejays’ ensuing inbounds attempt.

Horchler tied it with a layup with 7 seconds left. Creighton inbounded quickly, and Zegarowski pushed the ball up the floor and found the trailing Bishop for the dunk.

“These aren’t beautiful paintings that we’re creating here, but they’re ending up in Ws," Creighton coach Greg McDermott said. “In this league you don’t apologize for anything. You just take the W.”

Nate Watson and David Duke each had 13 for Providence, which held a Bluejays offense that came in shooting 49% from the field and scoring a league-best 83 points per game, to 43% shooting. Creighton was held under 70 points for just the third time this season.

But the Friars also struggled to find their shot, connecting on 34% (22 of 65) of their attempts for the game. They also played the second half without Jared Bynum, who sat with an undisclosed injury. Greg Gantt started the second half in his place.

The Friars, who have played three games in seven days, don't play again until Jan. 10. The break comes at a great time, coach Ed Cooley said.

“Our guys might need an emotional break right now," he said.

Defense was the trigger for much of Creighton’s offense.

Providence center Nate Watson had been dominant over the Friars previous six games, averaging 19 points, eight rebounds and shooting more than 60% from the field.

But the Bluejays used a variety of double teams to freeze him out in the first half, limiting him to just three field goal attempts. The Friars had only 10 points in the paint in the half and shot only 35%.

The Friars controlled the pace early and led 22-15. But that was erased by a 18-2 run by the Bluejays that included three 3-pointers by Ballock.

He added his fourth 3 as time expired in the first half to send Creighton into halftime with a 40-32 lead.

Providence had just one turnover in the opening nine minutes of the half, but gave it away over the final 11 minutes. The Bluejays scored 13 points off the Friars’ turnovers.

Creighton: The Bluejays have done a great job of balancing their scoring this season. But it was a positive sign to see Jefferson, Zegarowski and Ballock assertive while still getting their teammates involved.

Providence: The Friars often settled for jumpers with Watson taken out of the mix. They’ll need to find alternative ways to get into the offense during the rest of the way if they are going to keep pace in the Big East.

Creighton has now made a 3-pointer in 892 consecutive games.

Providence: Visits Xavier on Jan. 10. The first meeting of the season between the teams was postponed last month because of COVID-19.