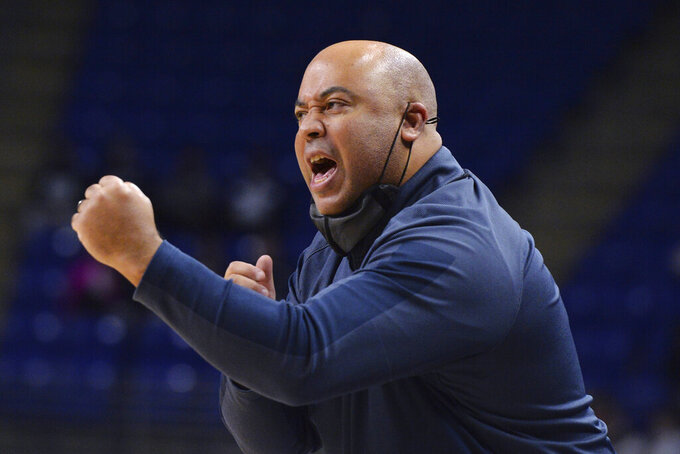 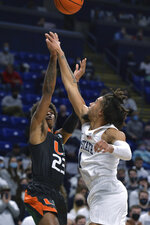 Jaheam Cornwall made two foul shots to reduce Penn State's deficit to 60-58 with 1:31 remaining. McGusty missed a 3-pointer on Miami's next possession, but Jordan Miller secured the offensive rebound and McGusty followed the miss with a made 3 to seal it with 38 seconds left.

McGusty countered going on his own 7-0 outburst with a jump shot, 3-pointer and a layup in a little more than two-minute span. Cornwall responded with a 3 for the Nittany Lions with 8:30 left, but Moore made back-to-back layups and Miami (5-3) led for the remainder.

John Harrar made all six of his shot attempts for Penn State (4-3), was 4 for 5 from the foul line and scored 16 points with 12 rebounds. Seth Lundy scored 14 with eight rebounds.