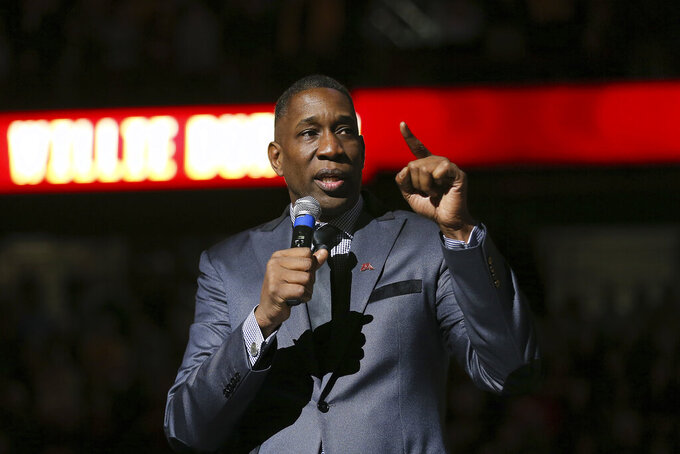 MINNEAPOLIS (AP) — Cassius Winston had 18 points and eight assists to help 11th-ranked Michigan State cruise to a second victory over Minnesota in three weeks, 70-52 on Sunday.

Xavier Tillman added 17 points and 10 rebounds for the Spartans (15-5, 7-2), who bounced back from a loss at Indiana three days ago to stay in a first-place tie in the Big Ten with Illinois.

Winston, who keyed the 74-58 win by the Spartans at home on Jan. 9, again had the edge over Minnesota's Marcus Carr in a matchup of two of the conference's best point guards. Carr finished with 11 points on 3-for-14 shooting.

Daniel Oturu led the Gophers with 19 points and Gabe Kalscheur chipped in 15 points, but the Gophers took their first home loss in Big Ten play after winning their first four.

With 12 of the 14 teams in the top 50 entering this week in the NCAA's NET rankings that help determine the NCAA Tournament field, the Big Ten is as strong as ever. Home teams were 41-7 in conference play at the beginning of the week, but the Spartans gave the visitors a seventh victory in seven days.

Backed by their biggest and loudest crowd of the season, the Gophers bungled a golden opportunity to build a lead in the first half with some shaky jump-shooting. They missed 19 of their first 23 attempts from the floor, including 12 of 13 from 3-point range, while spoiling a spirited effort on defense against the potent Spartans. Some of them were prime looks at the basket, but the ball just wasn't dropping in. The Gophers were scoreless for a 5:22 stretch, while the Spartans went on a 12-0 run to take a 22-9 lead.

Michigan State's sluggish starts of the previous two road games at Indiana and Purdue showed up again. The difference was the defense this time, preventing the fans from ever becoming a significant factor in the flow of the game. They were ready to roar a bunch of times before the break, with a groan and an exhale following each untimely miss by Minnesota.

Carr, who delivered the tiebreaking 3-pointer in the closing seconds on Thursday at Ohio State, fouled Winston at the top of the key as he swished a 3-pointer in the opening minute of the second half. Winston converted the four-point play for a 34-22 lead, and the Spartans stayed at a double-digit-point advantage for the most of the rest of the game. The Gophers were within six at the 17-minute mark, but they never came closer.

Carr stole the ball from Hall for a breakaway at the midpoint of the second half, but he tried and missed a dunk off the front rim instead of laying it up in an awkward moment of apparent indecision while the Gophers trailed 53-40. They had a stretch of 7:07 without a basket, missing eight attempts, until Carr's three-point play cut the lead to 54-45.

Winston and the Spartans always had an answer, though, whether with a clutch 3-pointer or a backdoor cut to the basket to finish a clever give-and-go.

Minnesota held a halftime ceremony to honor Willie Burton, the program's third all-time leading scorer. Burton, whose guests included his coach Clem Haskins, helped the Gophers reach the final eight of the NCAA Tournament as a senior in 1990 on a team that had six players appear in the NBA. Burton, who was the ninth overall pick in the draft by Miami, would have gone to Michigan State had he not chosen Minnesota.

Burton, who returned to the university in 2013 to complete his degree, works with youth and athletics for the public school system in his native Detroit. Burton joined Lou Hudson, Charley Mencel, Trent Tucker, Whitey Skoog, Mychal Thompson, Kevin McHale, Randy Breuer, Jim Brewer and Dick Garmaker with their numbers on banners in the rafters.

Michigan State: The most miscue-prone team in the Big Ten in conference games so far this season, with an average of 13 entering the weekend, the Spartans had eight turnovers in the first half. They cut that to three in the second half.

Minnesota: Coach Richard Pitino fell to 2-9 overall against Michigan State in seven seasons. He's 0-4 at home against the Spartans.

Minnesota: Plays at Illinois on Thursday.