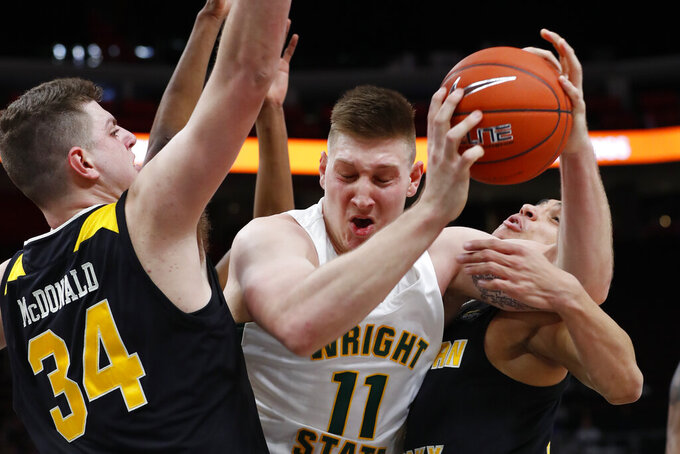 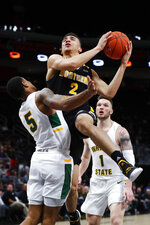 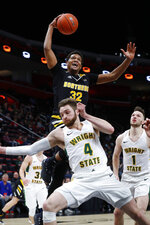 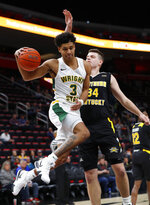 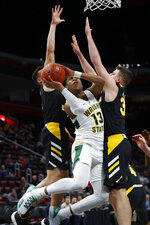 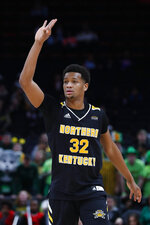 And this time, the Norse will not be satisfied with just appearing in college basketball's showcase.

Dantez Walton had 15 points and 14 rebounds for his first double-double, leading second-seeded Northern Kentucky to a 77-66 win Tuesday night over top-seeded Wright State in the Horizon League Tournament final to put the program back in the 68-team field next week.

The Norse had a solid showing two years ago, losing to second-seeded Kentucky 79-70 , and yet they don't plan to simply show up and play in the NCAA Tournament.

"We're going in to win that game just as much as the other team," Horizon League Tournament MVP Drew McDonald said after scoring 13 points, grabbing eight rebounds and making five assists. "We're going to enjoy it, but we're going to go right back to work soon because we're not done yet.

"We have more to accomplish."

The Norse (26-8) had control of the entire league tournament final with four starters and a reserve scoring in double figures, less than 24 hours after McDonald made a game-winning, buzzer-beating 3-pointer against Oakland. Jalen Tate scored 17 points, Zaynah Robinson had 15 points off the bench and Tyler Sharpe, a former Louisville walk-on, added 11 points and two steals.

"The way we played, hopefully we'll be able to catapult that into the NCAA Tournament," Northern Kentucky coach John Brannen said. "Drew said it best, when you have the opportunity to experience something the first time and you don't achieve the ultimate of getting a chance to move on forward and advance, it puts a little bit more emphasis on it the second time.

"And maybe you look at this less as a gift and more as an opportunity."

The Raiders (21-13) struggled to score, making it difficult to come back in a game they trailed for nearly 39 minutes.

"We've ridden him all year," Wright State coach Scott Nagy said. "We'll take him any day for sure. He just had a tough game."

Reserve Bill Wampler had 16 points and Mark Hughes and Cole Gentry each scored 15 for the Raiders, who shot 37.5 percent.

Wright State scored first and didn't lead again in a matchup of teams that shared the regular-season title after each team won by four points on its home court. Early on, it didn't look like the series tiebreaker was going to be closely contested.

"We came out with intense energy and we made everything hard on them," Sharpe said.

Northern Kentucky went on an 11-3 run midway through the second half to lead by 19 points and coasted to victory.

"They had some average players statistically play great and that made it tough to guard their really good offensive players," Nagy said.

"We had good ball movement and when we do that, we're a tough stop," Sharpe said.

Wright State: With a chance to earn consecutive NCAA Tournament bids for the first time in school history, the Raiders simply could not make enough shots inside or beyond the 3-point arc to have a chance to win.

"We didn't make shots and they were a big reason why," Nagy said.

Northern Kentucky: The team will be able to enjoy its accomplishment before finding out Sunday night who it will be matched up with in the NCAA Tournament. Next season, the deep team should contend for the Horizon title even without McDonald and Robinson.

Wright State: Top seeding in the league tournament gave the program an automatic bid to the NIT.

"There's no one in the NIT that wants to be in the NIT," Nagy said. "There are 36 teams and they all want to be in the NCAA Tournament. I've coached in the NIT before and maybe my best win was in it when South Dakota State had its only Division I postseason win ever. We were ready and that will be our job to get our guys ready."

The Raiders will lose three starters next season, but McDonald will be back along with Jaylon Hall and Grant Basile after both had surgeries.