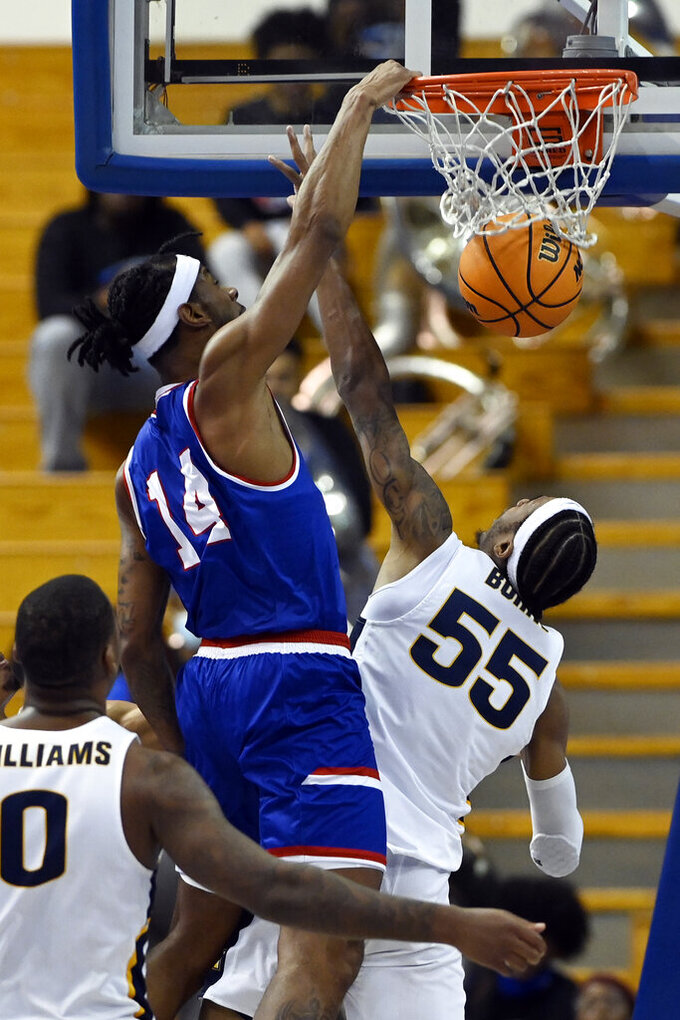 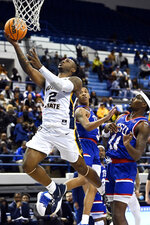 The 6-foot-10 forward led No. 23 Murray State with a career-high 39 points and the Racers extended their winning streak to 13 by rallying for a 73-62 win over Tennessee State.

“Oh, it was one of the great performances in the history of Murray State basketball,” Racers coach Matt McMahon said. “I’m glad I got to have a front-row seat to witness it. He’s one of the all-time greats at Murray State.”

Williams scored 31 points in the second half, fueling the Racers’ comeback.

“It was a toughness game both offensively and defensively,” Williams said. “Pretty much, I just got hot and I like environments like that. I just played up to my potential and it showed tonight.”

Williams was the only Racer in double figures. Murray State’s Tevon Brown had an off night with seven points on 2 of 10 shooting, and Racers guard Justice Hill was held nearly five points below his scoring average with nine points.

“Man, he’s an all-league player,” Tennessee State coach Brian Collins said. “He stepped up and showed us why he is. He had a great skill set around the rim. Those fadeaway jump shots he was making — we were there, we were contesting and just stepped up and made some big-time plays tonight.”

It’s been 10 years since Tennessee State (10-15, 5-8) beat a ranked opponent, and while the Tigers tried on Thursday, they fell short.

Murray State shot only 39% from the floor during the first 20 minutes as TSU grabbed a 36-29 halftime lead.

Murray State: Having made it to the AP Top 25 this week for the first time in seven years, the Racers were sluggish early before coming to life during the last 10 minutes.

Tennessee State: The Tigers looked like they would pull off a stunner during the first 30 minutes before fading away.

Murray State might move up one spot after No. 22 St. Mary’s loss to Santa Clara on Tuesday night. No. 18 Marquette also lost on Tuesday.