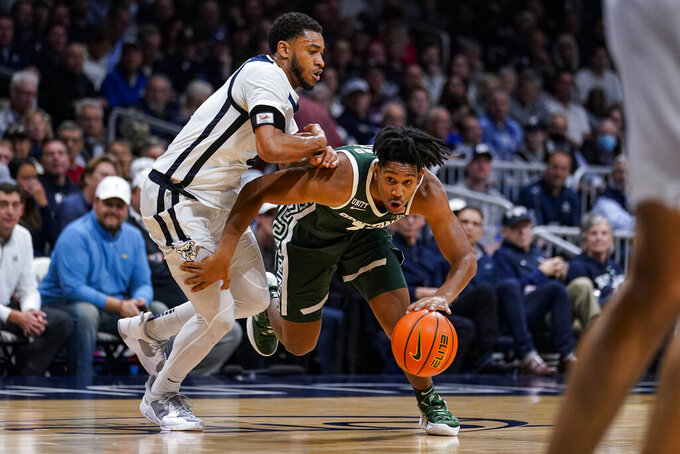 Michigan State jumped out to a 22-8 lead behind nine points from Christie. A 10-0 run, opened and closed by Christie, early in the second half made it 44-28 and the Spartans led by double figures the rest of the way.

Marcus Bingham Jr. chipped in with 10 points and six blocks for Michigan State (2-1). Bingham and Brown each grabbed a team-high six rebounds as the Spartans outrebounded Butler 41-25.

It was the first time Michigan State's Tom Izzo ever coached at Hinkle Fieldhouse.

Ty Groce had 15 points and eight rebounds, and Chuck Harris added 13 points for Butler (3-1). Groce and Harris combined to shoot 8 for 29 and the Bulldogs finished at 29.1% from the field.

Butler and Michigan State last met in the 2010 Final Four when Gordon Hayward led the Bulldogs to a 52-50 victory with 19 points and nine rebounds.