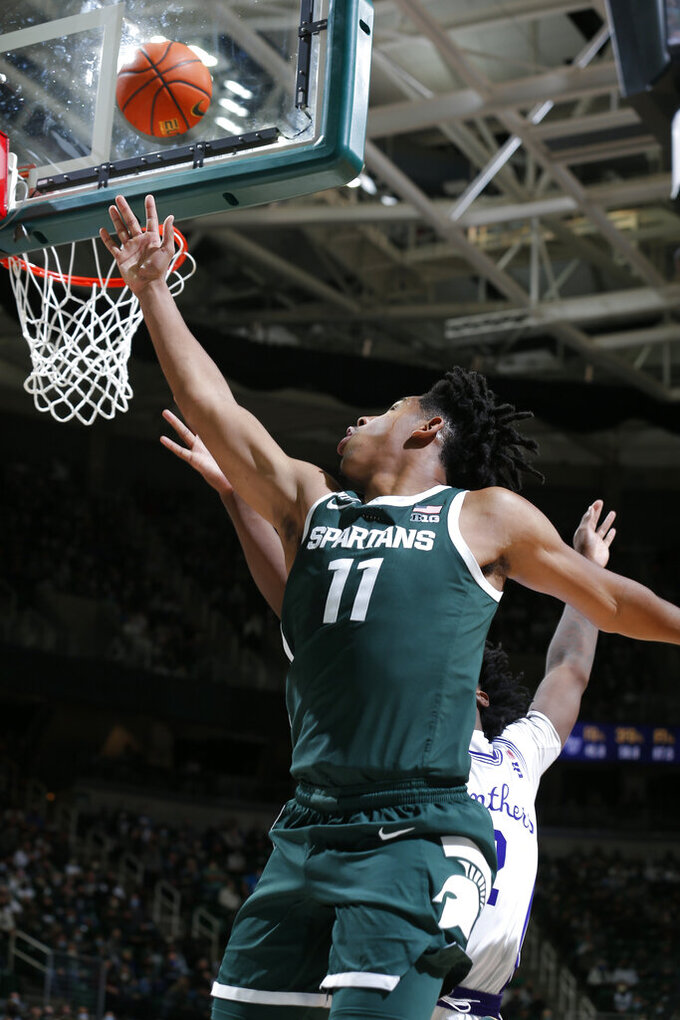 “Mentally, I was in my own head, from missing shots,” Brown said. “When it got to that stretch, my teammates found me, and I believed in myself, and just knocked the shots down.”

“When he’s knocking down shots, looking for his shot, that’s when we’re at our best,” said Joey Houser, who had a season-high 17 points to go with 11 rebounds for the Spartans, who shot 65 percent in the second half.

Jaden House had 11 of his 18 points in the first half for High Point (6-7), but John-Michael Wright was held to 10 points, less than half his average.

“If he’s making the shots like he’s capable of, we’re in the game right into the end,” Smith said. “I’m a believer. I think our players believe it. But you know … when they put their pedal to the metal, you’ve got to do the same thing.”

High Point: The Panthers have been in games all season, with competitive losses to Notre Dame and UNC Wilmington, and after a 30-point win over Chowan on Nov. 27, had their next six games decided by 22 total points. They led Wednesday as late as the 12-minute mark of the second half, and had it tied 56-56 with 8:58 to go.

Michigan State: Unranked when the season began, MSU wasn’t going to let the COVID absences knock them out of the top 10, extending their win streak to seven straight since the Nov. 26 loss to No. 1 Baylor.

High Point: The Panthers play No. 19 Kentucky on Friday in Rupp Arena, where Smith will be honored in a pregame ceremony, becoming the fourth coach to have his jersey raised to the rafters. Smith led the Wildcats to 262 wins and 10 NCAA Tournament appearances in 10 seasons from 1997-2007, including the 1998 national championship.

Michigan State: Izzo expects the Spartans to be at full strength when they return to Big Ten play Sunday with a visit to Northwestern, where the Wildcats knocked off then-No. 4 MSU, 79-65, last December to end a 12-game losing streak in the series.