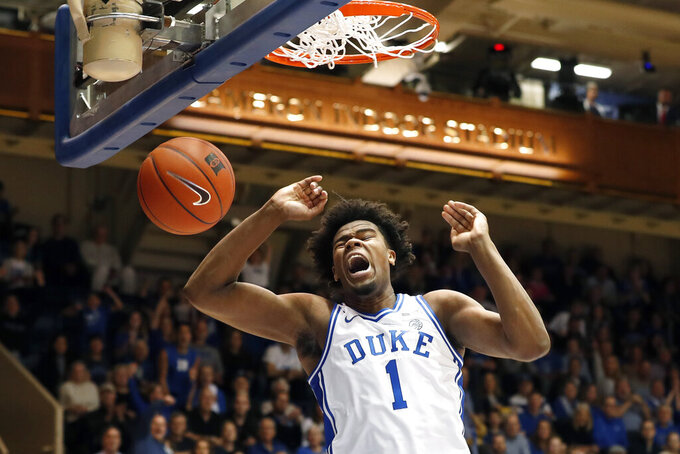 The 6-foot-10, 270-pound Carey announced his decision Friday following a season in which he was The Associated Press player of the year and newcomer of the year for the Atlantic Coast Conference. He was also a second-team AP All-American while being named national freshman of the year by the National Association of Basketball Coaches and the U.S. Basketball Writers Association.

“I loved competing with my teammates on the biggest stage in college basketball,” Carey said in a social-media post. “We created memories that I will cherish forever. I grew as a player and person, and feel prepared to take that next step.”

Carey had been considered a likely one-and-done prospect and projected first-round pick. He averaged team highs of 17.8 points, 8.8 rebounds and 1.6 blocks while shooting 57.7% as a physical inside presence.

“He came every day looking to get better, and I know the best is yet to come for him,” coach Mike Krzyzewski said in a statement.