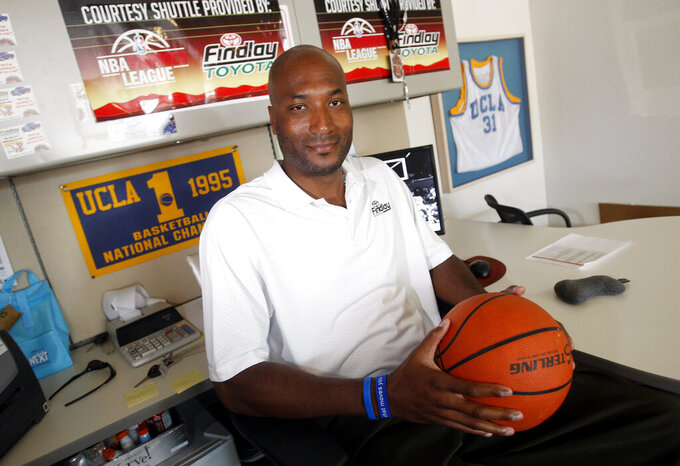 School's starting up. That means new textbooks, new clothes — and maybe a few new name, image and likeness deals for college and high school athletes eager to earn some money.

Whether it's social media posts, in-person appearances, hosting sports camps (or even fishing tournaments), the ability to cash in is still relatively new for athletes. Here's what you need to know as the athlete compensation era heads into its second full sports season.

WHAT HAS THE IMPACT BEEN ON COLLEGE SPORTS?

To hear coaches tell it, NIL deals have either helped bring them the players they were looking for or it's just another level of competition to land the most elite athletes. Recall the sparring in May between Nick Saban, the coach of perennial national title contender Alabama, and rival Jimbo Fisher at Texas A&M — with Saban's side foray into criticism of HBCU standout Jackson State and its famous coach, Deion Sanders.

Many athletes have become entrepreneurs, and some have agents. NIL also has allowed athletes to enter the transfer portal looking not only for a different team but also for a better shot at more cash from companies, brands or through the many collectives sprouting up everywhere since the July 2021 launch of the NIL era.

WHY DID IT TAKE SO LONG?

NIL's blossoming started with a seed: a 2009 class-action lawsuit filed by former UCLA basketball player Ed O'Bannon that argued the NCAA should not be allowed to use the likeness of football and men's basketball players — past and present — to make money. O'Bannon won on the antitrust component.

In anticipation of the ruling, California led the U.S. in passing a NIL bill in 2019, forcing the NCAA to clear the way on July 1, 2021, for athletes to earn endorsement money and kicking off a rush by other states.

WHAT ARE NIL DEALS?

Social media posts are the top activity that athletes get paid for, followed by licensing rights, autographs/appearances and running camps or lessons. The money is coming from brands, fans and donors. In many states, athletes aren’t allowed to endorse liquor, tobacco or sports betting.

This is a state-by-state situation, and while the laws are largely the same, there are variations.

Many states allow for a third party to connect businesses with athletes for NIL deals.

In Georgia, schools can ask athletes to pool up to 75% of their NIL money to be shared with other athletes, but it is not a requirement. In Connecticut, athletes can use their school's logo if the school agrees to it. And NIL contracts that Louisiana athletes report to their universities are considered confidential.

A few states, including Indiana, Kansas, Minnesota, New Hampshire, North Dakota and South Dakota, don't have NIL laws for college athletes. In those cases, college athletes must adhere to the NCAA's guidelines and interim policy. The NCAA says that schools can't engage in “pay-for-play” nor violate recruiting laws, meaning athletes can't get NIL money to play for a school or for their athletic performance.

The NCAA does not oversee compliance for reporting NIL deals or compliance with state laws. That is either on the school or the athlete, depending on the rules in that state. But the NCAA recently requested that member schools help with any investigations into potential violations.

WHY ISN'T THERE A NATIONAL NIL LAW?

It's not for lack of trying. The NCAA and a couple of Power Five conference leaders have asked for federal legislation. Two members of the U.S. Senate — Republican Tommy Tuberville, the former Auburn coach, and Democrat Joe Manchin — are drafting a bill and want to hear from the SEC commissioner and others about how to change NIL laws. But there's been no actual movement in Washington.

Some states have “ right of publicity ” laws, which allow an individual to decide whether their name or image can be used for commercial gain. There is no such federal law.

The NCAA itself could set a national NIL policy for its three divisions, though the organization has pushed for federal legislation instead.

WHO BENEFITS FROM NIL?

Male athletes lead the way in NIL activities — 62.7% vs. 37.3% for women, according to NIL platform Opendorse. Football players and men's basketball players received the highest percentage of deals when looking at the full slate of college sports (from data reported by Opendorse and other NIL platforms INFLCR and Athliance).

The money is largely concentrated in Division I athletics, though DII, DIII and NAIA players have been able to obtain deals.

The more niche the sport, the less likely it is to draw blockbuster deals; think tennis, field hockey, ice hockey and rowing. But there are exceptions, as waterskiing and rifle see average deals of about $1,400 and $6,000, respectively.

Depends on where they live. More than a dozen states are OK with high schoolers doing NIL deals, and others have considered it.

WHAT'S NEXT FOR NIL?

Opendorse projects $1.14 billion worth of NIL deals in 2022-23, with Power Five conference schools having the biggest share of that and, by region, the Southeast. Collectives will play a large part in the growth of NIL as they look to organize and collect funding for school-specific athletes. Look for states without NIL laws to add laws — and for states with laws to continue tinkering.

The NCAA also faces another lawsuit, which is currently in the 3rd U.S. Circuit Court of Appeals, that argues athletes should be recognized as employees of their schools.