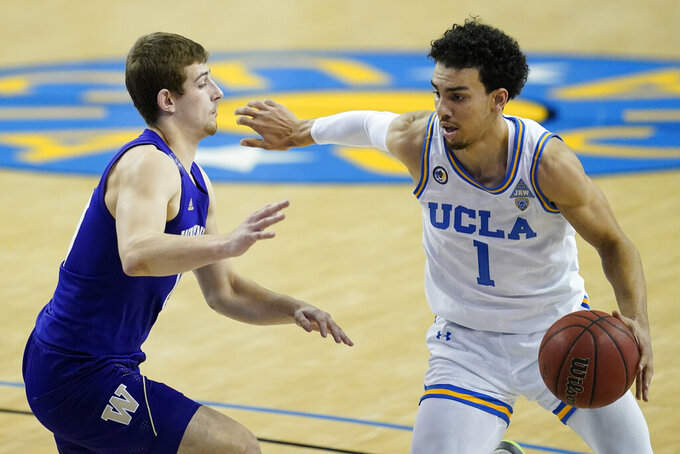 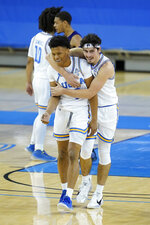 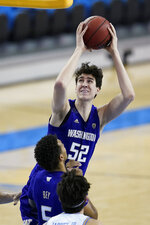 LOS ANGELES (AP) — Jules Bernard had 20 points and nine rebounds, and first-place UCLA survived a scare from last-place Washington to win 81-76 on Saturday for its sixth straight victory.

“Feel very fortunate we were able to come out with the victory,” Riley said. “It easily could have went the other way.”

Washington (1-11, 0-7) was led by Quade Green with 25 points, one off his career high. Hameir Wright added a career-high 15 points and seven rebounds. The Huskies’ lone win this season was against Seattle on Dec. 9.

Chasing their first win at Pauley Pavilion since 2016, the Huskies led by 12 points in the first half.

“We thought we were just going to show up and they were going to quit,” Bruins coach Mick Cronin said. “They were a tough matchup for us and we knew it. Matchups mean so much, more than the other team’s record.”

The Bruins began turning things around coming out of halftime. They scored the first 10 points to tie the game at 39-all and they got six straight stops on the defensive end. They ran off another 10 in a row to take a 53-45 lead.

Jaquez Jr.'s dunk off Tyger Campbell's lob pass extended the Bruins' lead to 61-54. But the Huskies weren't done yet.

They got seven straight points from Marcus Tsohonis and a 3-pointer by Wright to go up 67-65.

The Huskies took their last lead, 70-69, on a free throw by Jamal Bey.

Erik Stevenson missed a potential tying 3-pointer with UCLA freshman Jaylen Clark in his face with 11 seconds to go. Clark got fouled by Wright and made both.

The Huskies raced to an 18-9 lead to start the game while the Bruins missed nine of their first 11 shots. UCLA recovered and ran off 10 points in a row — helped by two 3-pointers from David Singleton off the bench — to take its lone lead of the half, 22-20.

Washington responded by outscoring the Bruins 13-2, including eight in a row. The Huskies led by 12 before going into the break ahead 39-29.

“The first half we were trying to feel out the game. We were playing poor defense,” Bernard said. “We sort of picked it up in the second half, got some steals and got out in transition."

Washington: The Huskies shot 53% and had the Bruins on the ropes for the first 20 minutes. They fought back from an eight-point deficit in the second half despite starters Stevenson, Nate Roberts and Green having four fouls each. But they came up just short of winning their first road game of the season.

UCLA: The Bruins avoided getting caught in a classic trap game, and their winning streak should get them back into the Top 25 on Monday for the first time since the start of the season.

UCLA: At California on Thursday.