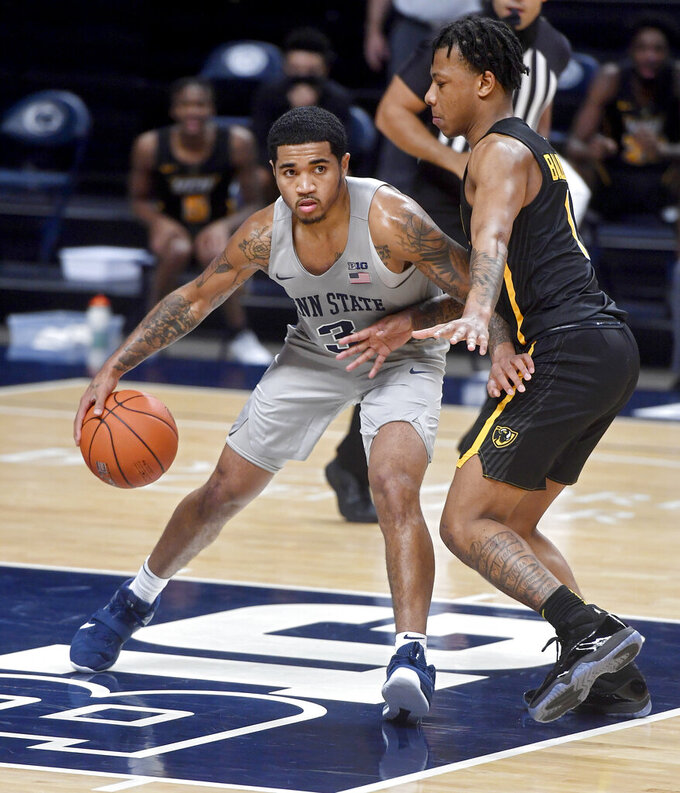 UNIVERSITY PARK, Pa. (AP) — Seth Lundy hit five 3-pointers and finished with a career-high 32 points, Myles Dread made a 3 at the buzzer, and Penn State beat VCU 72-69 on Wednesday night.

Dread was scoreless and 0 for 4 from the field, all 3-point shots, before he took a pass from Jamari Wheeler and drained the winner from the right wing over the outstretched arm of 6-foot-9 — with a 7-4 wingspan — Hason Ward as time expired.

Lundy hit two free throws to give the Nittany Lions an eight-point lead with 3:46 to play but VCU scored nine of the next 10 points to make it 69-all when freshman Jamir Watkins made a driving, acrobatic layup with 8.5 seconds left. Penn State went 0 for 3 from the field and 1 for 4 from the free-throw line with two turnovers during that stretch.

Interim coach Jim Ferry took the reigns at Penn State in October after Pat Chambers abruptly resigned following an internal investigation into alleged inappropriate conduct. Ferry joined the Penn State staff in 2017 following a five-year stint as head coach at Duquesne, where he was 60-97.

VCU starter KeShawn Curry left the game in the first half due to a shoulder injury and did not return.