No. 5 Gonzaga holds off San Francisco 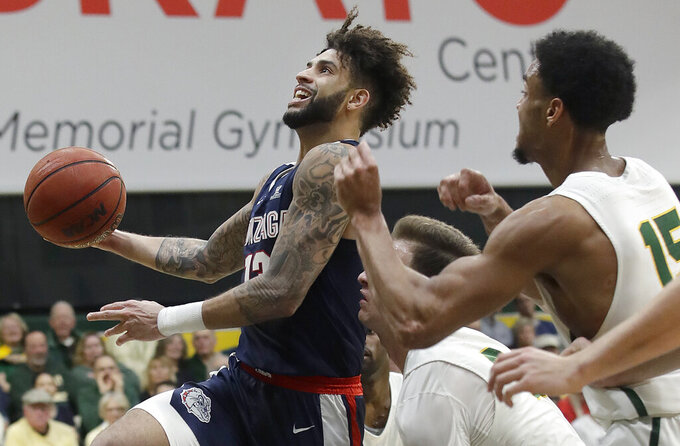 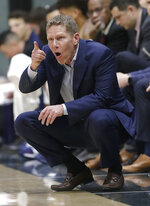 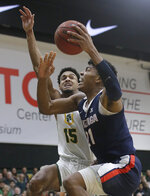 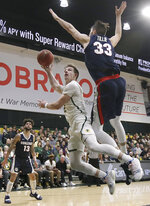 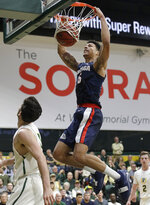 SAN FRANCISCO (AP) — When it was all said and done and No. 5 Gonzaga came out with the victory, the Bulldogs were happy to have survived a tough test after so many laughers in a row.

Brandon Clarke scored 24 points and Gonzaga got a tiebreaking 3-pointer from Zach Norvell Jr. with less than three minutes remaining as part of a game-ending 17-2 run that led to a 96-83 victory over San Francisco on Saturday night.

"It was big time," said point guard Josh Perkins, who scored all 16 of his points in the second half. "We know coming in, we're going to get every team's best. For us to execute like that down the stretch, there's nothing better. To have those tests like that prepare us for big games in the future. That's a big-time team."

Rui Hachimura added 21 points to lead the Bulldogs (16-2, 3-0 WCC) to their 17th straight conference win, including the postseason tournament.

Gonzaga had won its last six by an average of nearly 40 points but was put to the test against a Dons team that is much improved since losing to the Bulldogs by 28 points in the WCC semifinals last year.

Frankie Ferrari scored 21 points and helped San Francisco (14-3, 2-1) take an 81-79 lead with less than four minutes remaining before the Bulldogs took over down the stretch, starting with a game-tying jumper by Clarke and the 3-pointer by Norvell.

After Jimbo Lull missed a shot down low for the Dons, drawing complaints for a foul by coach Kyle Smith, the Bulldogs answered with another 3 by Geno Crandall to take control.

Clarke added a key block late and sealed Gonzaga's 15th straight win in the series with a dunk for a three-point play in the closing seconds.

"I thought it was two teams really battling at a high level, both teams," Gonzaga coach Mark Few said. "We just ended up making a couple more plays at the end."

This was one of the tougher contests in the series as USF seemed poised for its first win against a top five team since beating No. 5 Wichita State in Hawaii on Dec. 29, 1981, before falling just short at the end.

"We don't really play to compete with teams," guard Charles Minlend said. "The goal is to win. We think we can compete with anybody, so we really didn't prove anything to ourselves. When we get the win, we'll be more satisfied."

Gonzaga built a 10-point lead before the Dons closed the first half on a 16-6 run, helped by three baskets from Ferrari to tie the game at 37 at the break.

Ferrari then scored 15 points in the second half, while playing the entire 20 minutes.

"He really gave us a chance to win the game," Smith said. "He's definitely our leader out there and keeps us organized and gives us a lot of confidence, a lot of courage."

Gonzaga: The biggest positive for the Bulldogs was the performance of big man Killian Tillie, in his third game back from ankle surgery. Tillie missed the entire nonconference season and scored just nine points his first two games. He scored 12 of his 14 points in the first half before fouling out with 6:55 to go.

"His production per minute was exactly what we needed and what he's capable of doing," Few said.

San Francisco: The Dons were off to their best start since 1981-82 but faced by far their toughest test yet against Gonzaga. They answered almost every run the Bulldogs made and were able to keep the game close until the end. Whether that kind of performance will be enough to impress the NCAA tournament selection committee in March remains to be seen.