Stanford hangs on to beat Wyoming in Diamond Head Classic 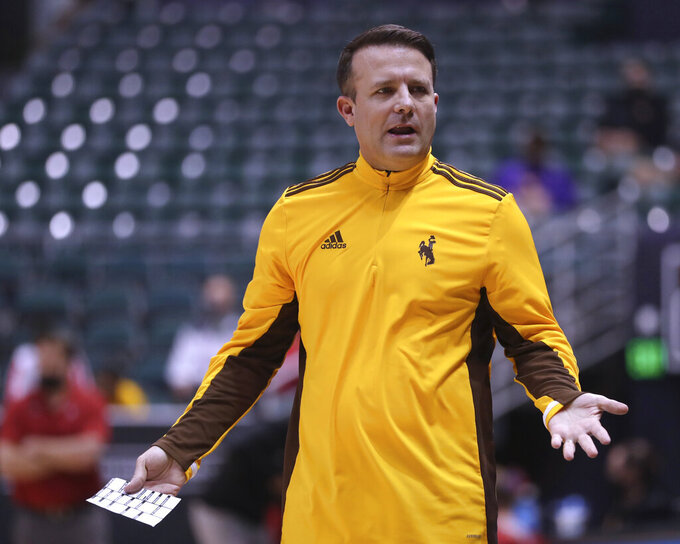 Wyoming coach Jeff Linder looks to the bench during the first half of the team's NCAA college basketball game against Stanford, Wednesday, Dec. 22, 2021, in Honolulu. (AP Photo/Marco Garcia)

HONOLULU (AP) — Jaiden Delaire scored 17 points, Spencer Jones added 15 and Stanford held off Wyoming 66-63 on Wednesday in the first round of the Diamond Head Classic.

Stanford (7-4) will play Liberty in a semifinal Thursday while Wyoming (9-2) will take on Northern Iowa in the consolation bracket.

Wyoming inbounded the ball on its side of the court with 8.1 seconds remaining but a pair of 3-pointers were off the mark as time ran out.

Jones scored with six minutes left to give Stanford the lead for good, combining with Michael O'Connell to score 11 of the Cardinal's final 14 points.

Wyoming briefly took the lead for the first time since the opening minutes when the Cowboys put together a 7-0 run with Ike having just gone to the bench with his fourth foul with nine minutes left in the game. Ike returned five minutes later and had a chance to tie the game with 32 seconds remaining but couldn't complete a three-point play. Stanford made 2 of 4 free throws in the final 26 seconds to provide the final margin.

Stanford shot 39% and Wyoming 43% while they combined to go only 9 of 45 from the arc. The Cardinal got seven more free-throw attempts and had six more points from the line.