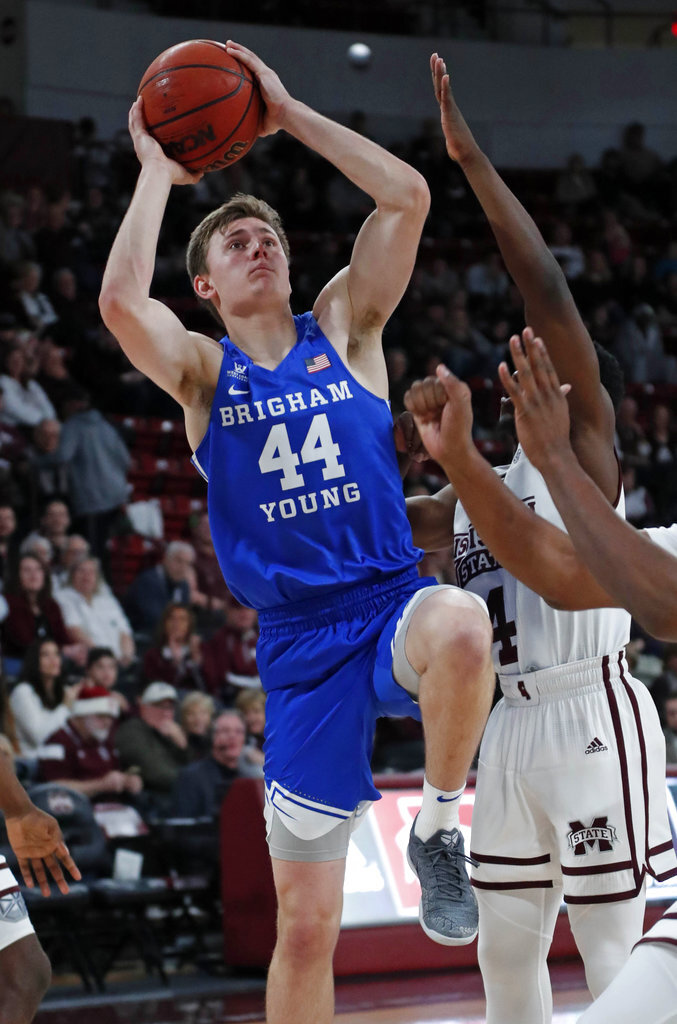 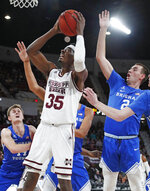 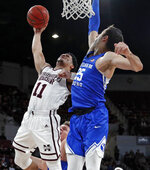 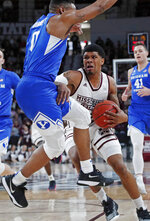 STARKVILLE, Miss. (AP) — Mississippi State coach Ben Howland emphasized beefing up the nonconference schedule this season to boost his team's NCAA Tournament resume. It's a strategy that's been a huge success, and the Bulldogs earned another quality win on Saturday heading into league play.

Aric Holman scored a career-high 28 points and Quinndary Weatherspoon had 27, leading No. 19 Mississippi State past BYU 103-81 for the Bulldogs' ninth straight victory.

Mississippi State also got 16 points from Tyson Carter and 11 each from Nick Weatherspoon and Reggie Perry.

"BYU came out on fire and they scored on six of their first eight possessions," Howland said. "Finally our defense started weighing on them in the second half and we got control. We did a good job of sharing the ball and moving the ball."

Holman was 11 of 18 from the field and made 3 of 6 beyond the 3-point arc. He also had a game-high eight rebounds with three assists.

"It just comes down to executing my role," Holman said. "I was just doing what Coach Howland needed me to do in our gameplan for today."

Quinndary Weatherspoon was even more efficient from the field, making 9 of 13 from the field and 7 of 7 free throws. He also had five rebounds and three assists in 33 minutes on the floor.

"I knew they didn't have a lot of shot blockers," he said. "So I wanted to come out and attack the rim. As soon as the game started, I talked with (Mississippi State assistant) Coach Korey (McCray) and he wanted me to attack.

BYU (8-7) dropped its third straight game and is 0-3 against ranked opponents this season. Yoeli Childs led the Cougars with 25 points and Zac Seljass and TJ Haws each had 14.

BYU shot 43.3 percent and made just 5 of 20 beyond the arc. The Cougars were 24 of 29 at the free-throw line and committed 19 turnovers. They trailed by double digits the entire second half and were behind by 36 at one point.

The Bulldogs shot 54.3 percent for the game and made 7 of 21 beyond the arc. Mississippi State was 20 of 22 at the free-throw line and held a 40-31 advantage on the backboards.

The Bulldogs reeled off 13 consecutive points, including six by Carter, to take a 36-23 lead with 7:47 left in the first half. Mississippi State led by as many as 15 in the first half and was ahead 48-38 at halftime.

This has been an up-and-down season for BYU. The Cougars have had winning streaks of five games and three games this season. After this loss, they now their second three-game losing streak.

Mississippi State finishes this part of its schedule with a lot of momentum. The Bulldogs get more than a week off before starting SEC play. They have a league-high 12 wins, including victories over Cincinnati and Clemson.