Ohio State forward Young will return for another season 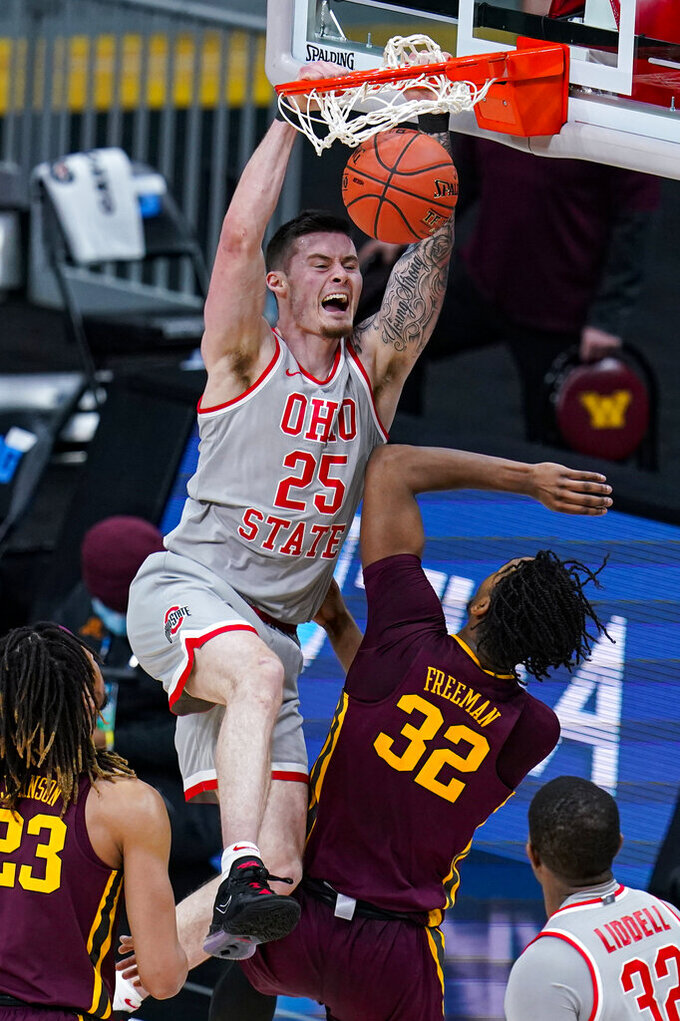 COLUMBUS, Ohio (AP) — Forward Kyle Young announced Friday that he will return to play for a fifth season at Ohio State.

Young said the time he missed late in the season due to concussion issues — including the Buckeyes' stunning first-round NCAA Tournament loss to Oral Roberts — played into his decision to take advantage of the extra year of eligibility afforded by the NCAA because of COVID-19.

“Just the way I wasn't able to play, really just wasn't able to have an impact on the outcome, I just wanted to experience a full year more normal, obviously, than a COVID year,” Young said.

Young suffered two concussions in the last three weeks of the season. He was forced to leave the Big Ten tournament quarterfinal win over Purdue after scoring a career-high 18 points in the first half.

Without him, the second-seeded Buckeyes lost to Michigan in the conference tournament semifinal and then were upset by 15th-seeded Oral Roberts 75-72 in the first round of the national tournament.

“The way everything ended, not being able to play and stuff like that, just wasn't sitting right with me,” said Young, who was also slowed during the season by a leg injury.

The 6-foot-8 Young finished his fourth season averaging 8.6 points and 5.5 rebounds per game. Because the Buckeyes were undersized, he often had the responsibility of guarding the opponent's biggest post player.

Ohio State will have some help with that next season after 6-foot-11 center Joey Brunk announced he was transferring from Indiana.

Young, who is working on a master's degree, said he also talked to agents about his pro prospects before deciding to return.