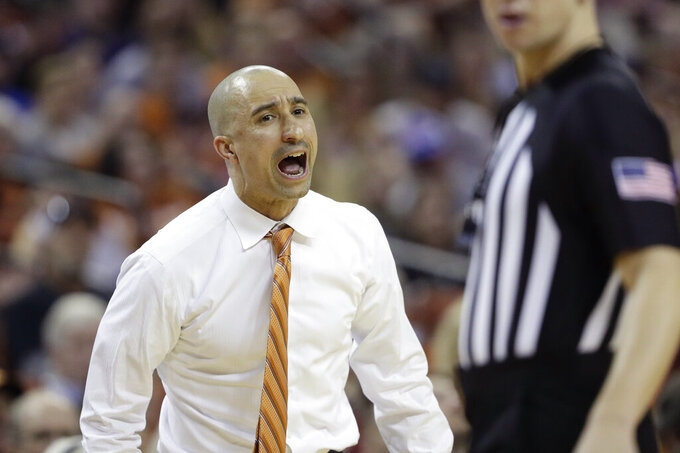 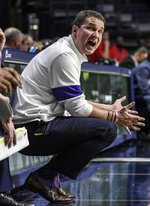 The Southeastern Conference didn’t do much to help its reputation the first two months of the season.

A chance to redeem itself comes this weekend.

The SEC has plenty of possibilities for attention-getting victories Saturday during the Big 12/SEC Challenge, most notably when Florida hosts No. 1 Baylor and Tennessee visits No. 3 Kansas.

Other Big 12/SEC Challenge matchups include Iowa State at No. 16 Auburn, Missouri at No. 14 West Virginia, LSU at Texas, Mississippi State at Oklahoma, Oklahoma State at Texas A&M, TCU at Arkansas, Kansas State at Alabama and No. 15 Kentucky at No. 18 Texas Tech.

Although the Big 12 doesn’t seem as deep as usual this season with Iowa State, Kansas State and Oklahoma State all at .500 or below, four of the league’s 10 members are in the Associated Press Top 25: Baylor, Kansas, West Virginia and Texas Tech. The only ranked SEC teams are Kentucky and Auburn.

In the NET rankings that are used as an evaluation tool in the NCAA Tournament selection process, the Big 12 has three of the top seven teams: Baylor (2nd), Kansas (3rd) and West Virginia (7th). The lone SEC team higher than 24th in the NET rankings is Auburn (18th).

The SEC is 17-19 and the Big 12 is 18-23 in nonconference games against Power Five leagues plus the Big East. The Big 12 owns a 4-1 record against the SEC heading into Saturday’s matchups.

Now both leagues have a chance to address perceived misconceptions about their conferences.

The Big 12 can show that it’s deeper than the records of its bottom teams suggest. Texas Tech coach Chris Beard says it’s presumptuous to assume at this point in the year which Big 12 teams are the strongest.

“I just think it’s too early for that,” Beard said. “I think every team in the Big 12 right now is still in the fight. I couldn’t even begin to kind of wrap my mind around who the best teams are right now.’’

Some other things to know heading into the Big 12/SEC Challenge:

Kansas will be playing without forwards David McCormack and Silvio De Sousa, who were suspended for their roles in a brawl that took place in the closing seconds of an 81-60 victory over Kansas State on Wednesday.

De Sousa was suspended indefinitely by Kansas coach Bill Self and received a 12-game suspension from the Big 12. The Big 12 suspended McCormack for two games.

“Obviously it’s embarrassing,” Self said of the incident. “It’s not something to be proud of.”

This marks the second straight season Kansas and Tennessee have faced each other. Kansas defeated Tennessee 87-81 in overtime last year in the NIT Season Tip Off at Brooklyn, New York.

“I wouldn’t be in coaching if it wasn’t for him,” Wade said. “I certainly wouldn’t be a head coach.”

This matchup comes with Smart facing plenty of criticism in Texas after an embarrassing 97-59 loss to West Virginia.

“Obviously that West Virginia game was a real setback,” Smart said. “We need to get back to understanding what’s going to make us successful.”

Because the SEC has 14 teams and the Big 12 has 10 members, four SEC teams get left out of this event each year. While the other SEC teams will be facing Big 12 programs on Saturday, Georgia will host Mississippi and Vanderbilt will visit South Carolina.

Coaches and support staffs from both the SEC and Big 12 will wear Mike Slive Foundation lapel pins Saturday to honor the former SEC commissioner, who retired in 2015 to battle prostate cancer. Slive died in 2018 at the age of 77.