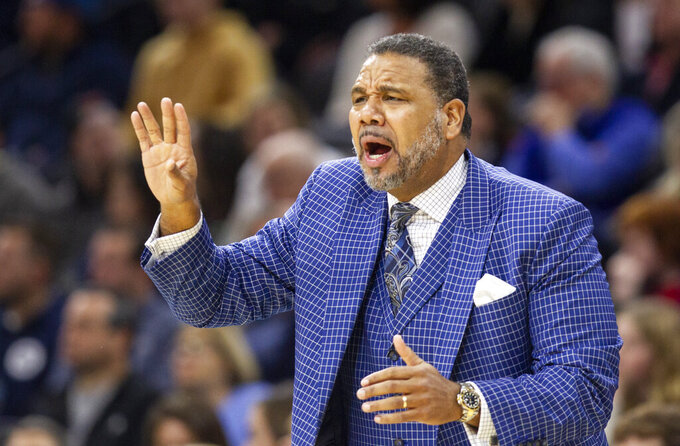 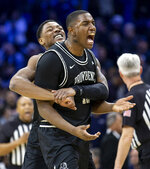 Providence and Texas are headed into March with wins, momentum and improving resumes for the NCAA Tournament.

Both the Friars and Longhorns have spent significant stretches looking little like a team that would earn a bid. But they have each won four straight games, the last coming Saturday on the road against a ranked opponent. And they’ve been climbing the NCAA’s NET rankings since late January.

“It’s late in the season — we’re playing for our lives,” Providence coach Ed Cooley said after Saturday’s win at 12th-ranked Villanova, saying his team was “as desperate as anybody could possibly imagine.”

The Friars (17-12, 10-6 Big East) suffered Quadrant 3 losses to Northwestern, Penn and College of Charleston in November. They stood at No. 146 in the mid-December debut of the season NET rankings and 80th after a Jan. 25 home loss to Villanova left them at 11-10.

But Providence claimed six Quadrant 1 wins to top their resume in February, including five straight wins against AP Top 25 teams, and now sit at No. 44 in the NET. As of midday Sunday, Providence looked to be on the right side of the bubble as a No. 11 seed in BracketMatrix.com’s average of 113 tournament projections, appearing in 83 mock brackets for the 68-team field ahead of home games against Xavier and DePaul to close the regular season.

The Longhorns (18-11, 8-8 Big 12) lack the same certainty, yet they’ve at least put themselves back in contention entering Tuesday’s trip to fellow bubble team Oklahoma.

Texas earned Quadrant 1 wins against No. 20 West Virginia and No. 22 Texas Tech in the past week, and has no resume-wounding losses in lower-tier Quadrant 3 or Quadrant 4 games. That has helped the Longhorns climb from No. 71 in the NET in late January to No. 58.

They appear in only two tournament projections on BracketMatrix while ESPN and NBC Sports each listed them among the top eight teams on the wrong side of the bubble.

Still, it’s a better spot than a month ago.

East Tennessee State: Patrick Good’s late 3-pointer to beat Western Carolina on Saturday helped the Buccaneers (27-4, 16-2 Southern Conference, No. 41 NET) earn the league’s regular-season title outright. The Southern Conference has never had an at-large bid, though ETSU – which beat 20-win LSU on the road – has a shot if its stumbles in the league tournament.

Virginia: The reigning national champions looked shaky as of mid-January, but the Cavaliers (21-7, 13-5 Atlantic Coast Conference, No. 51 NET) have won six straight and nine of 10 to look on firm footing. Saturday’s win against seventh-ranked Duke is Virginia's best of the season.

Arkansas: A great start through mid-January has fizzled for the Razorbacks (18-11, 6-10 Southeastern Conference, No. 46 NET), whose loss to Georgia on Saturday was their sixth in eight games.

Purdue: The Boilermakers (15-14, 8-10 Big Ten, No. 34 NET) beat Indiana on Thursday, but that followed four straight losses to Quadrant 1 opponents to miss big chances to help their resume.

Rutgers: The push to return to the NCAAs for the first time since 1991 has hit a snag for the Scarlet Knights (18-11, 9-9 Big Ten, No. 35 NET), who have lost three straight entering March for an uncertain future.