Purdue defense clamps down on Belmont in 73-62 victory 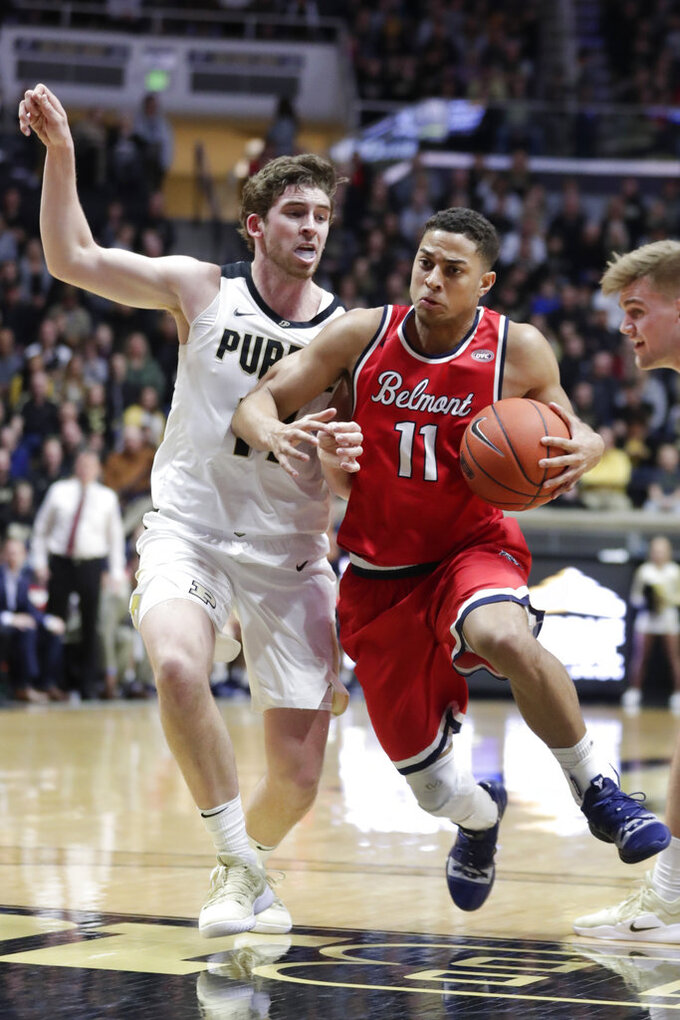 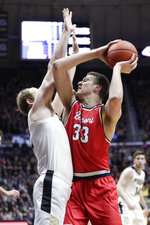 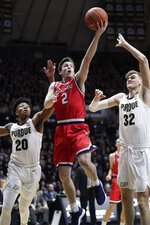 The Boilermakers (8-5) have won two straight and all six home games this season.

Kevin McClain had 21 points and Nick Muszynski had 14 to lead the Bruins (9-2). Dylan Windler scored seven points after returning to his home state — not enough to extend Belmont's three-game winning streak despite cutting a 23-point deficit to seven with 5:23 to go.

It held one of the nation's highest-scoring teams to a season-low point total and the most prolific 3-point shooting team in the nation since 1996-97 to 11 of 38 from beyond the arc.

Meanwhile, Edwards played his typical game and Haarms produced his best offensive numbers in more than a month.

The combination was devastating for Belmont.

Windler, the Ohio Valley Conference preseason player of the year, missed five of his first seven shots including a breakaway layup that never had a chance. Early foul trouble didn't help, either.

Both teams took the cue from Windler's early woes.

The Boilermakers quickly jumped to a 16-8 lead and took control by closing the half on an 11-3 spurt that gave Purdue a 40-24 lead — after a replay review showed a 2-pointer from Edwards actually was a 3.

Belmont: For more than a decade, the Bruins have been one of the nation's most consistently successful mid-major programs. They didn't play like it for most of Saturday. Belmont's offense struggled until the final 10 minutes and the defense never found an answer. Perhaps, it was an aberration but Belmont expected a better post-holiday showing for the four Indiana players on its roster.

Purdue: The Boilermakers are rounding into form just in time for the resumption of conference play. They have found a supporting cast to help ease the burden on Edwards and Purdue's smothering defense seems to be improving with each game. The question is whether they can successfully use this blueprint to win on the road where they have struggled all season.