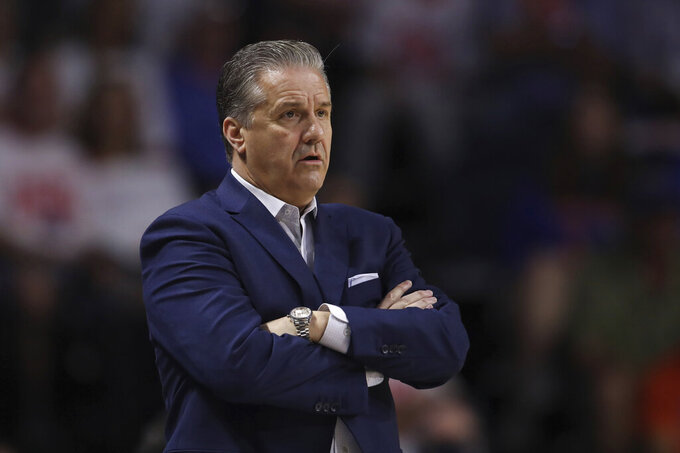 University spokeswoman Blair Conner said Lexington Police were called to assist university police outside of Calipari’s residence Tuesday morning. The woman, who was arrested outside the gate, was charged with trespassing and six counts of theft of credit cards from around the country.

Officials said the woman was looking for someone who wasn't at Calipari’s house and that the theft charges are not related to the Hall of Fame coach.

Conner said the call to police did not come from Calipari’s home.

Police did not provide the woman’s name and said no further details would be released.